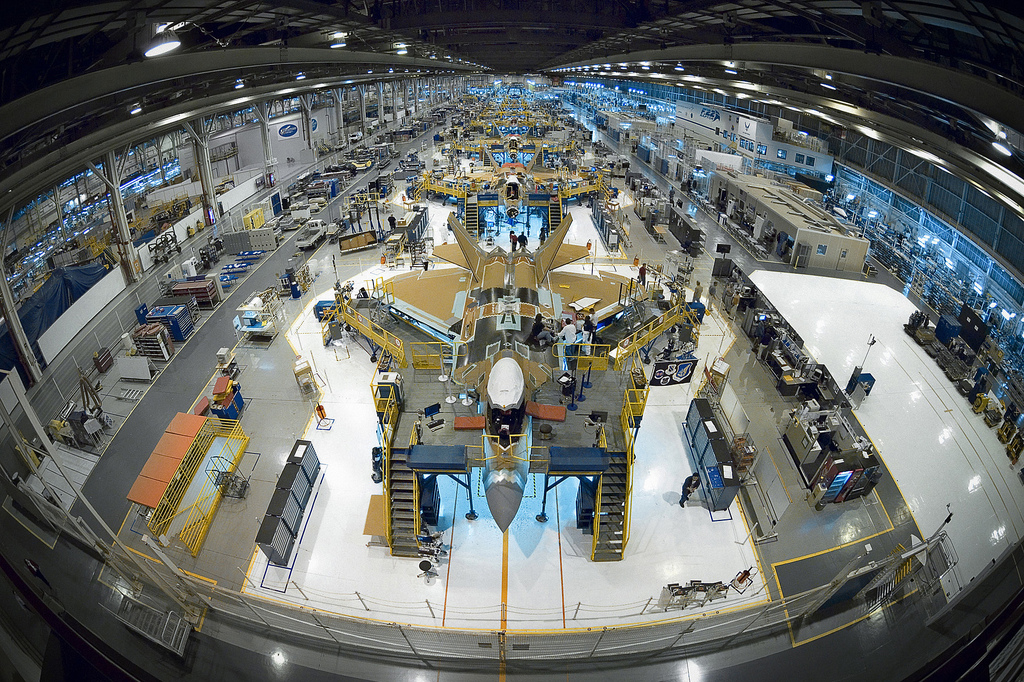 Need a new weapon? Contractors may not be around to build it, analysts say

The defense industrial base is at risk of dwindling to such an extent that when the Pentagon needs a new technology in the future, there may be limited or no options for companies that can create it, according to a new report from defense budget analysts.

The defense industry does not operate like a normal free market, the analysts argue. Instead, they say, it is a highly regulated market in which the U.S. government is both the regulator and the customer, causing the contractors to rely solely on the demand of the Pentagon.

The defense industrial base wasn't created until the 1950s, and continued to maintain its presence throughout the Cold War. But with the wars winding down in Iraq and Afghanistan and budget cuts closing up the Pentagon's wallet, it's the regulator-and-customer relationship that contractors have with the Pentagon that may cause them to begin turning away from defense.

"We are left with only a handful of big prime contractors in defense...We may see some of these firms start to diversify and (sell) commercial products," defense budget analyst Todd Harrison with the Center for Strategic and Budgetary Assessments said in an interview with CNN.

"The long-term impact is the industrial base narrows down to a point that DOD doesn't have many vendors to choose from so when they try to hold a competition for a new weapons system they may only have one or two companies to build in," said Harrison

Not all areas of the industrial base are so specialized that the Defense Department wouldn't be able to find a commercial equivalent company to hire. Building trucks, for example, does not have to be done by a defense-heavy company. But other weapons systems are specialized.

"There are some things that DOD needs to acquire where there's no commercial equivalent, like a stealth bomber or a nuclear-powered ship," Harrison pointed out.

"Then you have to start considering what if in the future we have to ramp up production of a particular weapon in a war-time situation, like the MRAP (a "mine resistant ambush protected" vehicle). What if you weren't able to do that in a future conflict?" said Harrison.

Harrison and fellow analyst Barry Watts conclude that there isn't any surge or mobilization capability left in the defense industrial base.

"That means if you end up in a protracted war...or if you began suffering substantial attrition to major platforms, you've got a problem," said Watts.

In order to combat these issues Watts and Harrison say the Defense Department needs to put a strategy in place to prioritize the "key capability areas" that the Pentagon should continue to invest in despite budget cuts and a drawdown in military engagements.

"That's where you have to prioritize your efforts to make sure you don't lose critical sectors of the industrial base that you can't get back," said Harrison.

Six to 10 priorities would be a good number, according to Watts.

A word of warning was given for the new secretary of defense.

"If I was Secretary (Leon) Panetta I would be concerned about...if we end up in this situation with some major combat capability areas that we really need some new stuff for example, exactly who are we going to go to?" said Watts. "The Chinese? The Russians? You don't want to end up here."