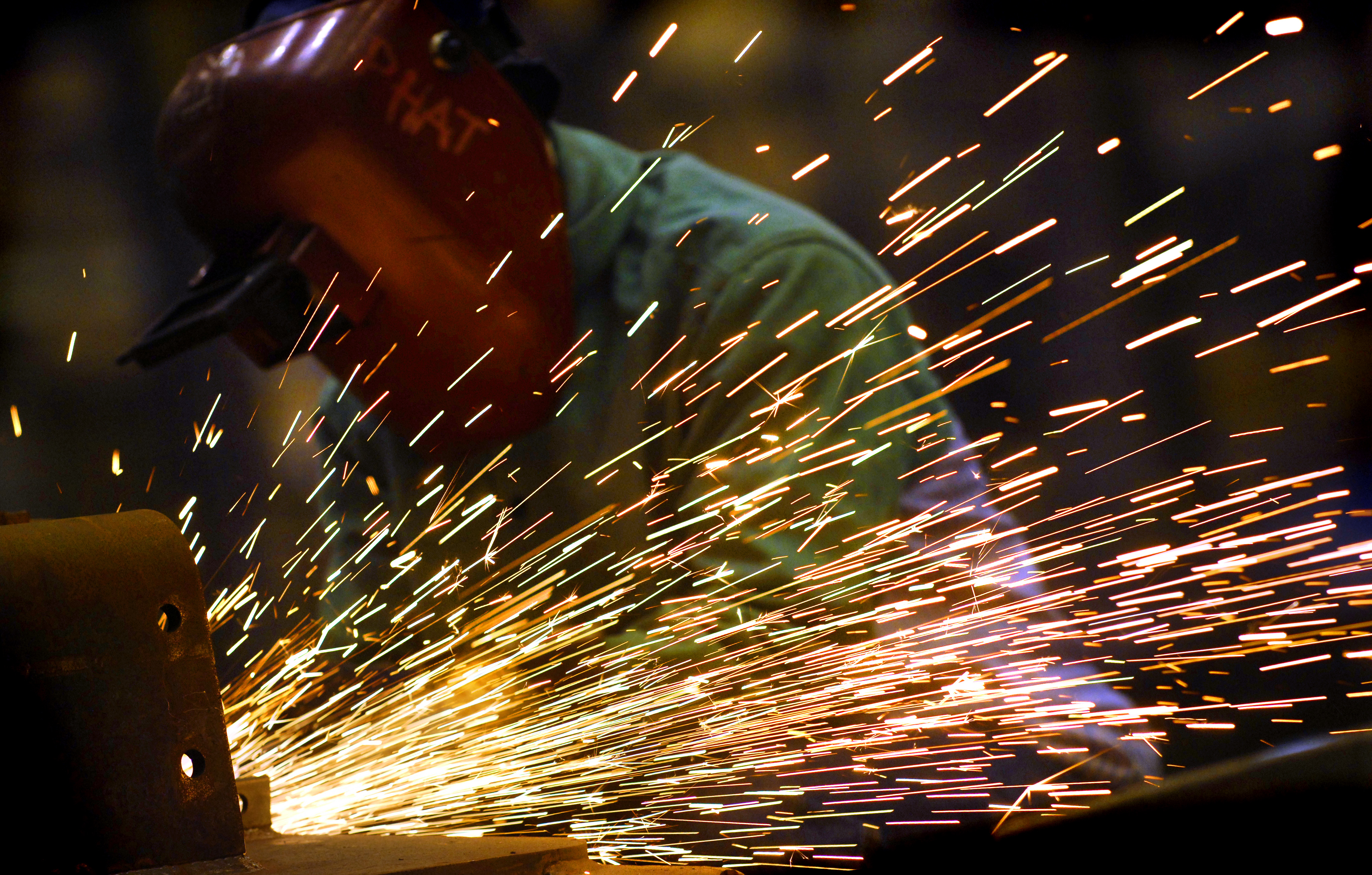 Opponents of slashing the defense budget are shouting about the ripple effect that would be felt in the job market, arguing that Pentagon cuts equal job cuts. But how many jobs are really at stake when hundreds of billions of dollars are axed? That's where the numbers get fuzzy.

The Defense Department's $680 billion budget pays for over 3.1 million employees, both military and civilian. Another 3 million people are employed by the defense industry both directly, making things like weapons, and indirectly, such as working in local businesses supported by a contractor's location in a town, according to various sources. It's these big money and job figures that make lawmakers fight for defense contracts in their districts and defense contractors lobby for their contracts.

The Defense Department is already required to cut $400 billion from its budget as part of an agreement that allowed President Obama to raise the debt ceiling. The same deal created a congressional "super committee" tasked to find another $1.5 trillion in government savings over the next decade.

If the commission cannot come to agreement on where the cuts should come from by the end of November, another $600 billion would automatically be axed from the defense budget.

And in another estimate, at least 360,000 people employed by the aerospace and defense industry would lose their jobs if $1 trillion is ultimately slashed, according to a calculation by the major defense industry trade association, the Aerospace Industries Association.

"Our position is no more. No more," said Marion Blakey, CEO of the association. "We do believe at this point with the kind of cut that has already been taken through the budget control act, that defense has been cut into the bone and we cannot have that continue."

Blakey said the group is reaching out to every member of Congress it can, including those on the super committee.

"In these discussions we're trying to make sure they understand that if you go into that trough and you go deep down, like we did back in the '90s, it is extremely expensive to climb back up, and sometimes you find you do not have the technology to do it," Blakey said. "I will tell you people are listening very closely."

Members of the Aerospace Industries Association's executive committee, including executives from major defense contractors like Boeing and Pratt & Whitney, met with Secretary of Defense Leon Panetta last week to discuss the potential far-reaching effects of the cuts.

In the past, Panetta has called the $600 billion in cuts a "doomsday mechanism." The nominee to be his deputy, Ashton Carter, agreed, saying the cuts would be devastating.

"So just the scale of it alone would lead us to have to consider truly draconian things," Carter told senators at his confirmation hearing last week. "Abandoning major weapons systems, furloughing civilian employees, and abruptly curtailing training because we couldn't pay for fuel, and so forth. That's the scale."

One defense analyst said hundreds of thousands of jobs could be lost.

"It seems within the realm of possible," said Todd Harrison of the Center for Strategic and Budgetary Assessments. The Department of Defense "itself is the single largest employer in the United States. More than the post office and Wal-Mart combined. There are multiple millions of contractors whose jobs are directly related to defense. As you're cutting back defense spending, ultimately that is going to trickle down to fewer jobs in industry and defense itself."

"It is the standing Washington game of finding any analysis you want and use it," said Pentagon spending watchdog Winslow Wheeler. "You have multiplier effects for the Burger King down by the manufacturing plant and the dry cleaner that is being supported by the revenue flowing into the community. ... If you use the secondary and tertiary jobs from transportation and education spending you can run up the numbers, too, but if you talk about direct labor jobs that the money creates, that is quite different."

Aside from job cuts, Harrison pointed to the separate issue of job creation, reasoning that cutting the budget could mean eliminating jobs that would have been created in the future.

But one study suggests that while, of course, the Defense Department does create jobs, other industries are simply better at it. For instance, $1 billion spent on clean energy, health care or education would do far more for job creation than $1 billion spent by the Pentagon, a group of researchers at the University of Massachusetts at Amherst concluded.

"In defense spending you are talking about huge overhead costs and a lot less effectiveness at creating assembly line jobs," Wheeler said.

In a hearing on the troubled Joint Strike Fighter Program, a Defense Department official told the Senate Armed Services committee that only 1.5% of the price of the F-35 fighter went to the cost of labor.

"The Fort Worth manufacturing, fabrication and assembly labor cost portion is less than 1.5% of the overall proposed aircraft price." said David Van Buren, principal deputy assistant secretary of the Air Force for acquisition.

Defense industry jobs, however, usually pay more, Harrison said, meaning less are created per a given amount of money.

With unemployment being a top issue for Americans, the "he said, she said" match on how budget cuts will effect jobs is not a surprise to Wheeler.

"What I think we need here is some objective entity to take a look at these type of issues," he said.

Sen. Jeff Merkley, D-Oregon, agrees and would like to see the Congressional Budget Office analyze the impact of the super committee's recommendations on jobs.

"He is discussing this idea with his colleagues," said Julie Edwards, Merkley's spokeswoman, "hoping to elevate jobs in the deficit conversation. As we talk to families in Oregon and families all over this country, their number one priority is jobs."