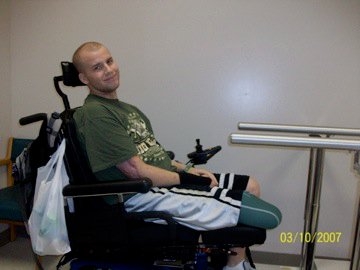 Amputations and other serius injuries on rise from IED explosions

The Defense Department confirmed Tuesday that the number of serious battlefield injuries, including multiple amputations and genital wounds, continues to rise.

The Army said that the number of multiple amputations so far this year is higher than all of 2010, blaming the increase on walking patrols - a key element in U.S. counterinsurgency strategy - and the continuing threat of roadside bombs buried by insurgents such as those in Afghanistan.

And the report, titled "Dismounted Complex Blast Injury," says that some military personnel may be so concerned about potential injuries, such as multiple amputations, that they may not want to survive serious wounds.

"The increased rate of double and triple amputees, coupled with pelvic and genital injuries, represented a new level of injury to overcome," the 87-page reports says. "To some, the resultant burden on their family and loved ones seemed too much to accept, and, anecdotally, some actually developed 'do not resuscitate' pacts with their battle buddies in the event of this type of injury."

Military leaders say they are working both to save the wounded and to persuade those with multiple injuries that they can go on to lead fulfilling lives.

"These are life-defining injuries for the warriors and their families, but it is not desperate," Brig. Gen. Joseph Caravalho told journalists at the Pentagon. He chaired the task force that found that the severity of combat injuries was increasing.

"All of us in uniform understand it is not just about saving lives - it's about doing everything military medicine can do to help them lead full and productive lives."

Caravalho said that the military is saving more of its wounded than ever before, with new protective equipment and combat vehicles as well as new procedures on the battlefield, shorter helicopter evacuations and surgical advances.

Army doctors said at the Pentagon Tuesday that the number of major-limb amputations had increased from 86 in 2009 to 187 in 2010 and that so far this year there has been 147. But increases in the numbers of multiple amputations - three or more limbs - are even more dramatic, from 23 in 2009 to 72 in 2010 and already 77 in the first nine months of this year.

And injuries that result in multiple amputations also are likely to cause urinary and genital injuries.

"The ATO's (Afghanistan Theater of Operations) most dramatic changes in 2010 were the increased numbers of bilateral thigh amputations, triple and quadruple amputations, and associated genital injuries," the report says.

But Army officials said they were unable to give details of how many military personnel received genital injuries, saying based on the available data it could not be determined whether an injury was a laceration or full loss of genitalia.

Leave a Reply to Grover Schaudel