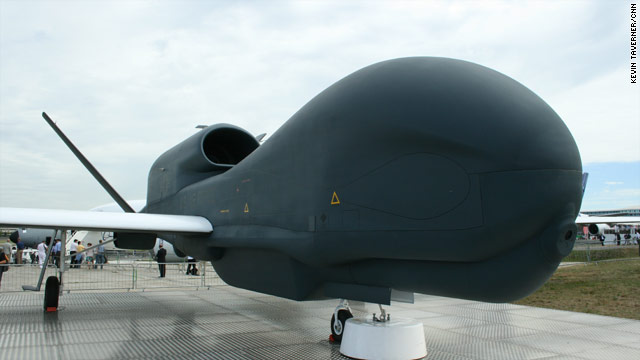 The U.S. intelligence and military communities have used various means to go after terrorists, both in cooperation with countries and, in certain circumstances, unilaterally. The U.S. Joint Special Operations Command is increasingly active in Somalia and Yemen, U.S. officials tell CNN.U.S. officials have said they will target Yemen-American cleric Anwar al-Awlaki if they locate him. In May, the U.S.-born radical cleric based in Yemen survived an American drone assault after he switched vehicles. At the time, a U.S. defense official told CNN the strike was carried out by the American military.

Former CIA Director Leon Panetta discussed the U.S. approach to counterterrorism in the two countries during testimony in June at the hearing for his nomination to be secretary of defense. Panetta said then that the CIA needed to develop its strategy for dealing with threats that extend beyond Pakistan.

"Our approach has been to develop operations in each of these areas that will contain al Qaeda and go after them so that they have no place to escape," he said, citing Yemen and Somalia as examples.

Regarding al Qaeda in North Africa, U.S. officials were working with the Spanish and French "to develop approaches there that will contain them as well," he said.

The New York Times reported Friday that the administration's legal team is split over the lengths the United States can go in pursuit of alleged terrorists in Yemen and Somalia. The debate focuses on whether such pursuit should occur only in cases where high-level leaders have been directly linked to alleged plots to attack the United States or "whether it may also attack the thousands of low-level foot soldiers focused on parochial concerns: controlling the essentially ungoverned lands near the Gulf of Aden, which separates the countries."

Brennan said he was disappointed in the article, which he thought over-hyped the debate within the administration.

"It made it sound as though my goodness the administration is split on this issue. There's this great fight going on," Brennan said. "What we have now within the U.S. government at the insistence of the president and others is that type of discourse among the lawyers. That we want to make sure that we hear all the different views and perspectives. That provides us a good sense of what those legal parameters are within which we can work".

Regardless of the opinions voiced, Brennan said he has never been in a situation where legal interpretation prevented the U.S. from acting in the best interest of the country.

In the case of al Qaeda in the Arabian Peninsula, operating in Yemen and terrorist group Al-Shabaab operating in Somalia, Brennan said there is no question the U.S. has the right to go after the groups. Whether the threat comes from a low level suicide bomber or a high ranking member of the group makes no difference, he said.

"Sometimes those threats are because somebody's at the operational command, the equivalent of a bin Laden or somebody else who is orchestrating that, engineering it, preparing materials, thinking about the plans. There are the individuals, the operatives, the facilitators, who are carrying them out, the suicide bombers. So you have people in all different parts of the network, both in AQAP and as well as in Al-Shabbab," Brennan said.

"And consistent to what I was saying here, our interpretation of the law is that it allows us and we feel obligated to take actions to mitigate those threats that these terrorist groups and these individuals who are associated with al Qaeda pose to us".

The U.S. interpretation of what constitutes an "imminent" threat is now being recognized by our allies, Brennan said.

An important shift in opinion he said as "the effectiveness of our counterterrorism activities depends on the assistance and cooperation of our allies.

In a resolute fashion, Brennan also fortified other administration policies, saying the thoughts of some that the U.S. would rather kill than capture suspected terrorists is "absurd".

"I want to be very clear–whenever it is possible to capture a suspected terrorist, it is the unqualified preference of the administration to take custody of that individual so we can obtain information that is vital to the safety and security of the American people," Brennan said.