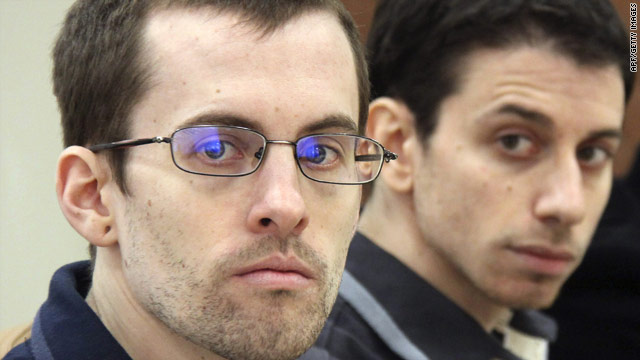 US "assured" Iran will release hikers

US officials have been "assured" that the two jailed Americans will be released by Iran, Secretary of State Hillary Clinton and Secretary of Defense Leon Panetta said on Thursday night.

Shane Bauer and Josh Fattal were arrested while hiking on the Iran-Iraq border in 2009. Sarah Shourd, Bauer's girlfriend, was also arrested but she was released by the Iranians last year. Clinton said that the hope is the two will be released but recent delays are not concerning US officials.

READ a timeline of the hikers' ordeal

Last week, Iran's president told NBC in an interview that the two others would be released within days on humanitarian grounds. But comments from other Iranian officials started to cast doubt it would happen that quickly.

"We have received word through a number of sources, publicly and privately, that the decision will be executed on and that we will see their return to their families," Clinton told the assembled media. "So I’m not going to speculate on what the reasons are or what it might mean or might not mean, but I’m going to count on the Iranian Government fulfilling the announcement that was made by the leadership of the country, and hope that it can be expedited and we can see their release very soon."

Appearing alongside her at the media briefing, Panetta said while trying to discern what the political battles are within Iran is difficult, the US has "been assured that steps will be taken to make that happen, and we hope that does – that is the case."