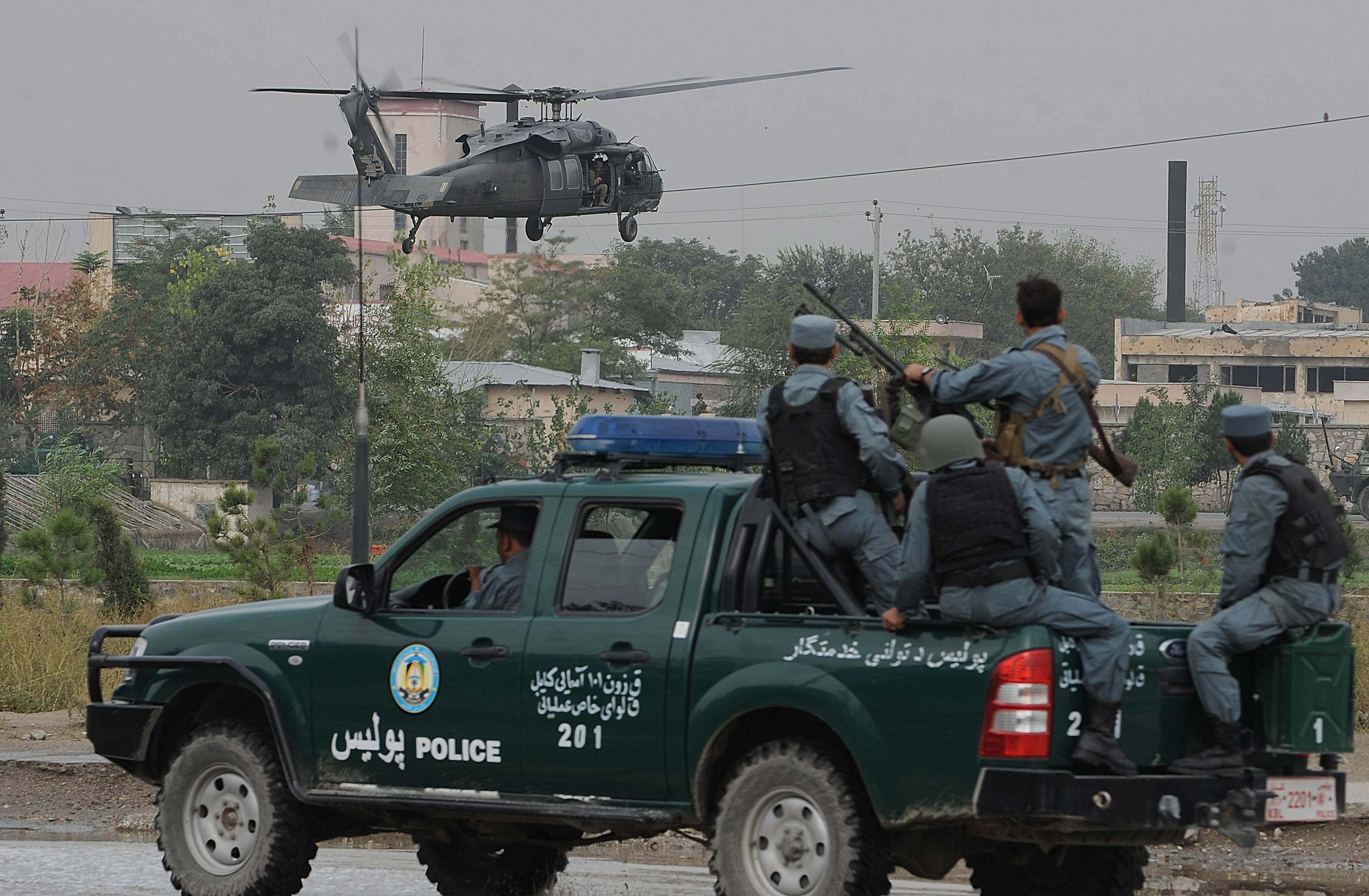 Why the Kabul attack lasted 20 hours

To hear the Pentagon and the International Security Assistance Force (ISAF) officials tell it, when a group of insurgents began an attack on the US Embassy and ISAF headquarters in the heart of Kabul, the Afghan security reacted “quickly” with a “strong response”.

So why did it take 20 hours to end the battle.

The main fight pitted seven insurgents armed with AK-47s, Rocket-propelled grenades and ordinary grenades against, US, British and Afghan Special Forces backed up by helicopter gunships and the world’s most sophisticated command and control system.

Maj. Gen. Tim Evans of the British Army serves in Kabul as the Chief of Staff for the ISAF Joint Command. He said ISAF thinks the date of the attack was not arbitrary. “We do believe they were trying to do an attack on the anniversary of 9/11,” Evans said during a satellite briefing from Kabul with the Pentagon press corps.

Evans said Afghan Security forces quickly “contained” the insurgents inside a 13-story hotel that was still under construction.

“Once they were contained, there was no point trying to rush that operation,” Evans said. “If at night, as you try and clear through the stairways, the lift shafts, up through the different floors, you are going to do it deliberately, particularly when you know that those individuals are willing to die.”

“As you will understand on these operations, it does take time,” he said.

Evan’s made clear that it was the results of the fight, not the duration that mattered most. “All seven of the insurgents died. But we did not have any deaths as we cleared the operation. Which I think as you can understand is a good affect and a good result.”