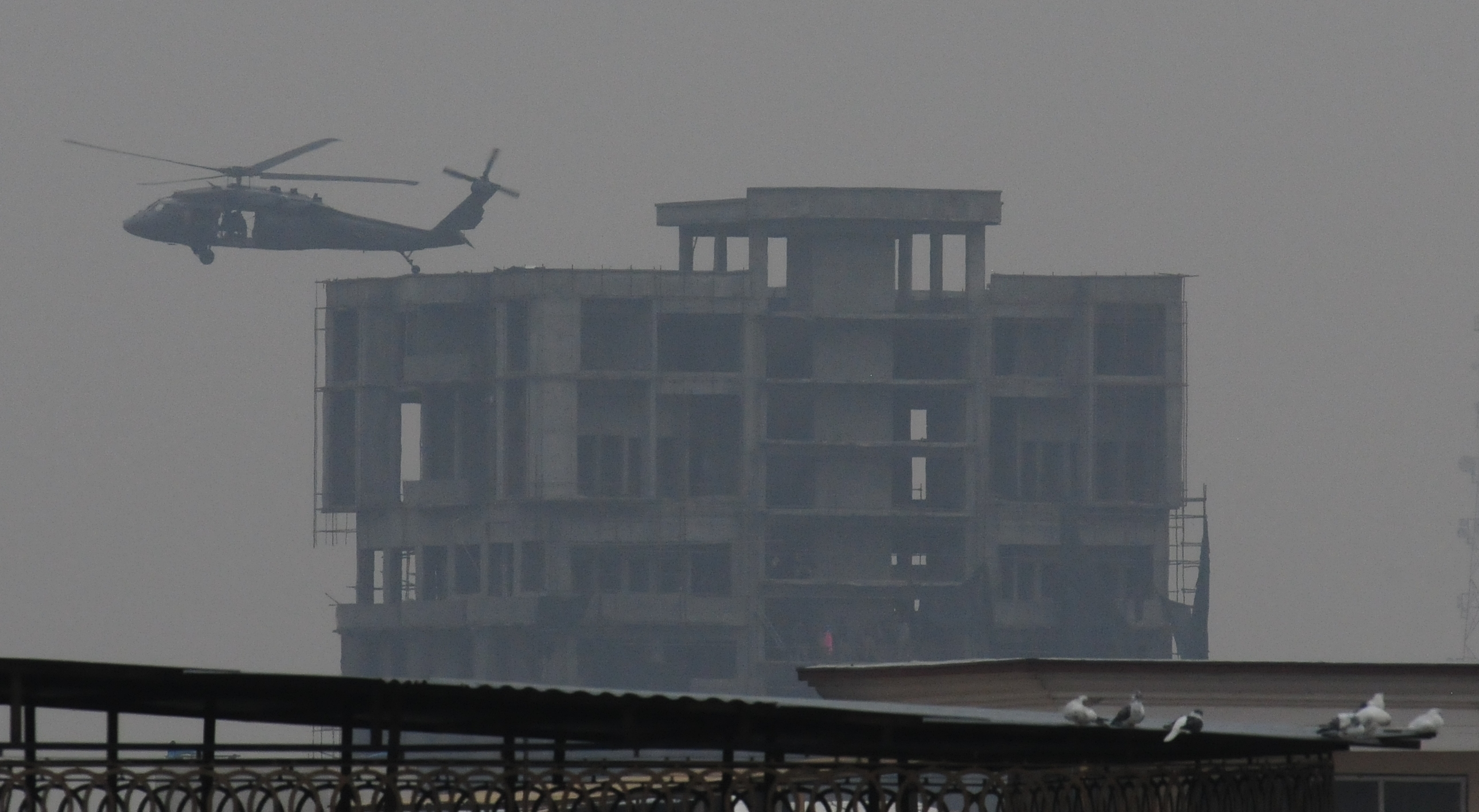 But for all the downplaying by U.S. and NATO officials, military analysts CNN spoke to said the Taliban did succeed in gaining attention, even if ultimately the action was stopped.

"Operationally and strategically it's not a big deal. But tactically the operation certainly was a success. I mean, it garnered international headlines," said Jeffrey Dressler, a senior analyst at the Institute for the Study of War. "It was just days after 9/11. And it demonstrates that even though insurgents aren't capable of taking over Kabul, the ability of them to project an attack like that into the city and have one carry out for 20 hours is certainly significant."

James Carafano, director of the Allison Center for Foreign Policy Studies at the Heritage Foundation, said, "From a propaganda standpoint, you can't help but believe that what they are trying to do is to build up the narrative that Obama declares we're leaving and they get these attacks out there to say 'we're pushing Americans out the door.' "

Anthony Cordesman, the Burke Chair in Strategy at the Center for Strategic and International Studies, sees the situation from a similar standpoint. "Regardless of whether the attacks achieve the strategic result, the attacks in Kabul and Kandahar and elsewhere have a very major media effect.The polls show a declining support for the United States."

U.S. and NATO officials have tried hard for two days to paint this as a success for the Afghan security forces, the troops and police officers who the U.S. is training to replace the U.S. troops who are now being drawn down.

"You have to acknowledge the strong response from Afghan National Security Forces and others," Little said. Crocker echoed that point: "Afghans should be proud of what their security forces did yesterday."

The public affairs officers behind the ISAF Twitter feed seemed keenly aware the fight was over publicity as much as a battle in the streets. Over the last two days it has sent out taunting messages to the Taliban, fighting the impression the Taliban had the upper hand.

As the fighting continued, one tweet argued "initial reaction time" and "not harming civilians" was what mattered, not how long the engagement with insurgents lasted. Another tweet, after the fighting subsided on Wednesday, directed at a Twitter feed believed to be from the Taliban, taunted, "does your boss do this" with a link to video of Gen. Allen visiting troops after the attack.

If the Taliban were looking for a propaganda victory, does that mean the attacks were a success for them? Ambassador Crocker himself brought up a classic example of an enemy getting a huge propaganda victory out of a battlefield failure.

"A half a dozen RPG rounds from 800 meters away; that isn't Tet," Crocker said Wednesday in Kabul. "Tet" refers to the military offensive staged by the North Vietnamese and Viet Cong in 1968. By attacking around South Vietnam on the most important holiday in that culture, the enemy hoped to secure a surprise victory and end the war.

The attacks ultimately failed, but the magnitude of the attacks helped sway public opinion in the U.S. against the war. Two months after the Tet Offensive was launched, President Lyndon Johnson announced he would not run for re-election.