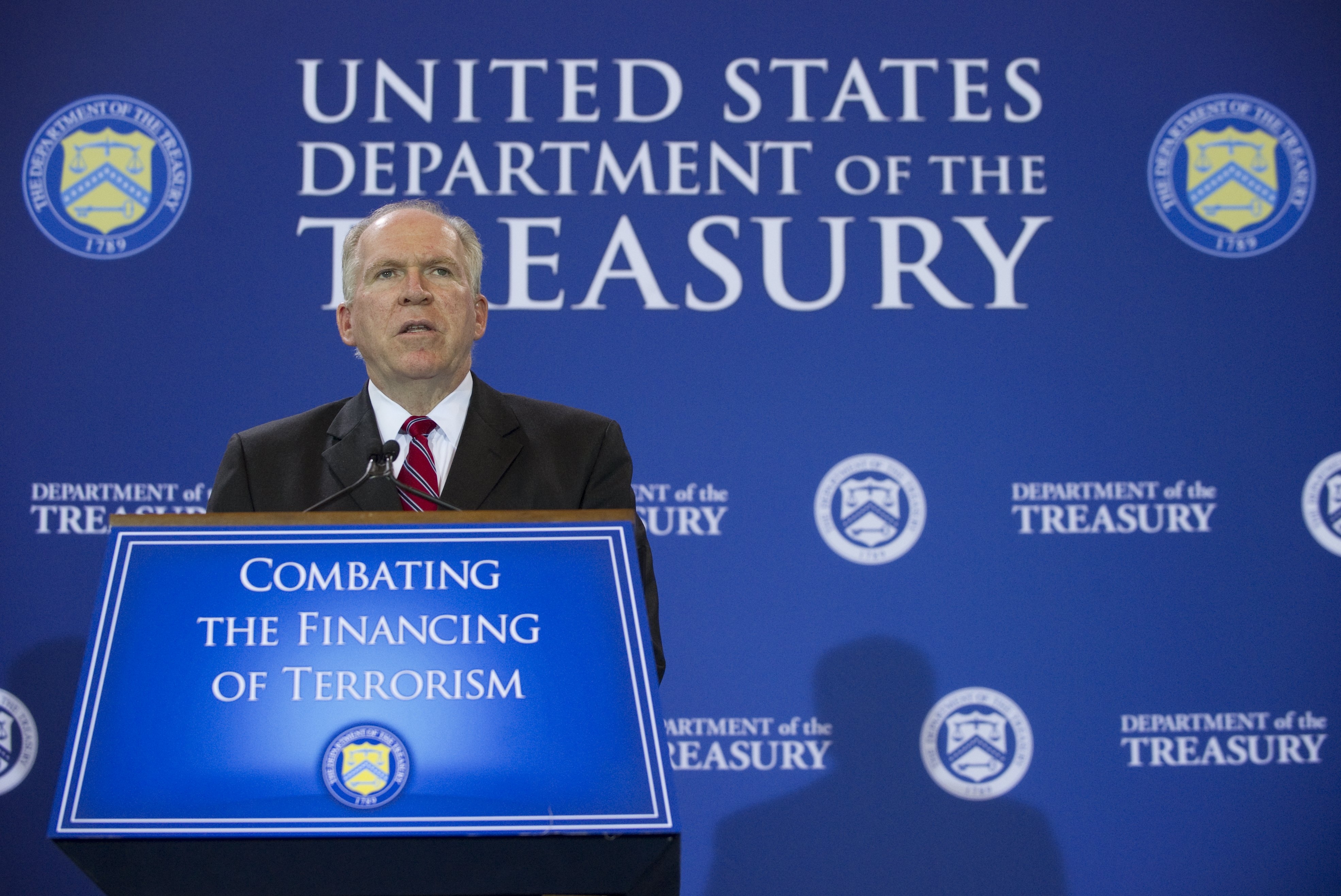 Ten years after the September 11 attacks, al Qaeda's ability to finance such a large and sophisticated operation has been significantly diminished, but new challenges to choke off funds for further attacks continue, the Treasury Department said.

"Al Qaeda struggles to secure steady financing. It can no longer rely on a thick Rolodex and a simple bank transfer," Treasury Secretary Timothy Geithner said at a symposium Thursday to highlight the work of the Treasury Department's Office of Terrorism and Financial Intelligence. The death of Osama bin Laden, al Qaeda's most effective advocate for funding, dealt a blow to the group, Geithner said, "but al Qaeda is a determined and sophisticated organization, and it will continue to find ways to access funding."

To be sure, the Treasury Department said it has been able to curtail al Qaeda's financing ability through arrest, prosecution and targeted sanctions aimed at its key leadership.

On Wednesday, the department announced sanctions against al Qaeda's propaganda chief and two other senior leaders in a move that cuts them off from the U.S. financial system and freezes any of their holdings under U.S. jurisdiction. Treasury said it also has worked extensively with the governments of Afghanistan and Pakistan to build capabilities in their financial sectors to disrupt and dismantle illicit financial networks.

With bin Laden's death, along with other members of its senior leadership over the past two years, al Qaeda is "on the ropes and continues to get pummeled," said John Brennan, President Barack Obama's homeland security adviser. The group is believed to be at its worst financial position in its history.

But Brennan said the greater threat to the United States are the group's affiliates in Yemen and North and East Africa that have "taken root far beyond al Qaeda's core leadership in Afghanistan and Pakistan" and have unique capacities for raising money to fund deadly attacks far less expensive and more complex to track and halt than al Qaeda's traditional donor-based fundraising model.

Al Qaeda in the Islamic Maghreb, the regional affiliate in North Africa, has raised "tens of millions" of dollars in ransom payments through its kidnapping of tourists and others since 2008, according to David Cohen, the Treasury Department's undersecretary for terrorism and financial intelligence. Al Qaeda in the Arabian Peninsula, the Yemen-based group behind an attempt to bring down a U.S. airliner in December 2009, has raised more than $9 million through robbing banks, and other smaller scale efforts to finance its operations, said Matt Olsen, the new director of the National Counterterrorism Center.

Treasury has spent the past years developing a cadre of threat analysts who understand how finance mechanisms work and how they can be manipulated. They are focusing on the diffuse methods terrorist organizations employ for raising money, from using charities and the guise of legitimacy they offer, to the profits taken from arms and drug trafficking, to the methods used to move those funds through informal money transfer systems known as hawalas, value cards, PayPal or through mobile phone systems.

Leslie Ireland, assistant secretary of the treasury for intelligence and analysis, said it is important for the department to bring in analysts who are "greasing the system" by collaborating daily with collectors of intelligence to ensure everyone is keeping an eye on changing trends and methods of financing. Ireland said when she brings in an analyst it is important to "keep them on target" for a long time rather than routinely shifting around to other areas of focus.

Treasury's Office of Terrorism and Financial Intelligence works with agencies across the federal government, along with international partners in government and banking, to identify terrorist networks and to disrupt an ever-evolving mechanism of funding for those groups.

In the days just after 9/11, the Treasury Department sent officials to Saudi Arabia, a cash-driven society that lacked much of the financial recordkeeping common in Western countries, to work with the Saudi government and develop tools to detect money diverted for terrorist causes. Since 2005, the Office of Terrorism and Financial Intelligence has established attaché offices within U.S. embassies in Abu Dhabi, United Arab Emirates; Jerusalem; Riyadh, Saudi Arabia; Islamabad, Pakistan; and Kabul, Afghanistan, to expand on its efforts to identify and obstruct sources of terrorist financing.

Working with border patrol or customs agencies in various countries that may be primarily on the lookout for cigarettes, guns or other items being smuggled across their borders, the United States works with their partners to get laws in place for the additional screening of cash and other liquid assets that couriers are moving to fund terrorist operations.

While bilateral cooperation across the globe has increased in the years since the attacks, significant challenges remain, even with countries viewed as strong U.S. allies, in the region most known as a hub of terrorist financing. "Kuwait is the only country in the (Persian) Gulf that has not criminalized terrorist financing," Cohen said. "And although Qatar enacted a good terrorist financing law a year ago, implementation has lagged."

The United States also works with other allies that maintain strong counterterrorist policies but continue practices that keep money flowing to terrorist organizations.

"Our information reveals that earlier this year, (al Qaeda in the Islamic Maghreb) was planning to target mainly Europeans, not Americans, for kidnapping-for-ransom operations because they believed European governments would pay ransoms" while the United States has a policy prohibiting ransom payments, Cohen said.