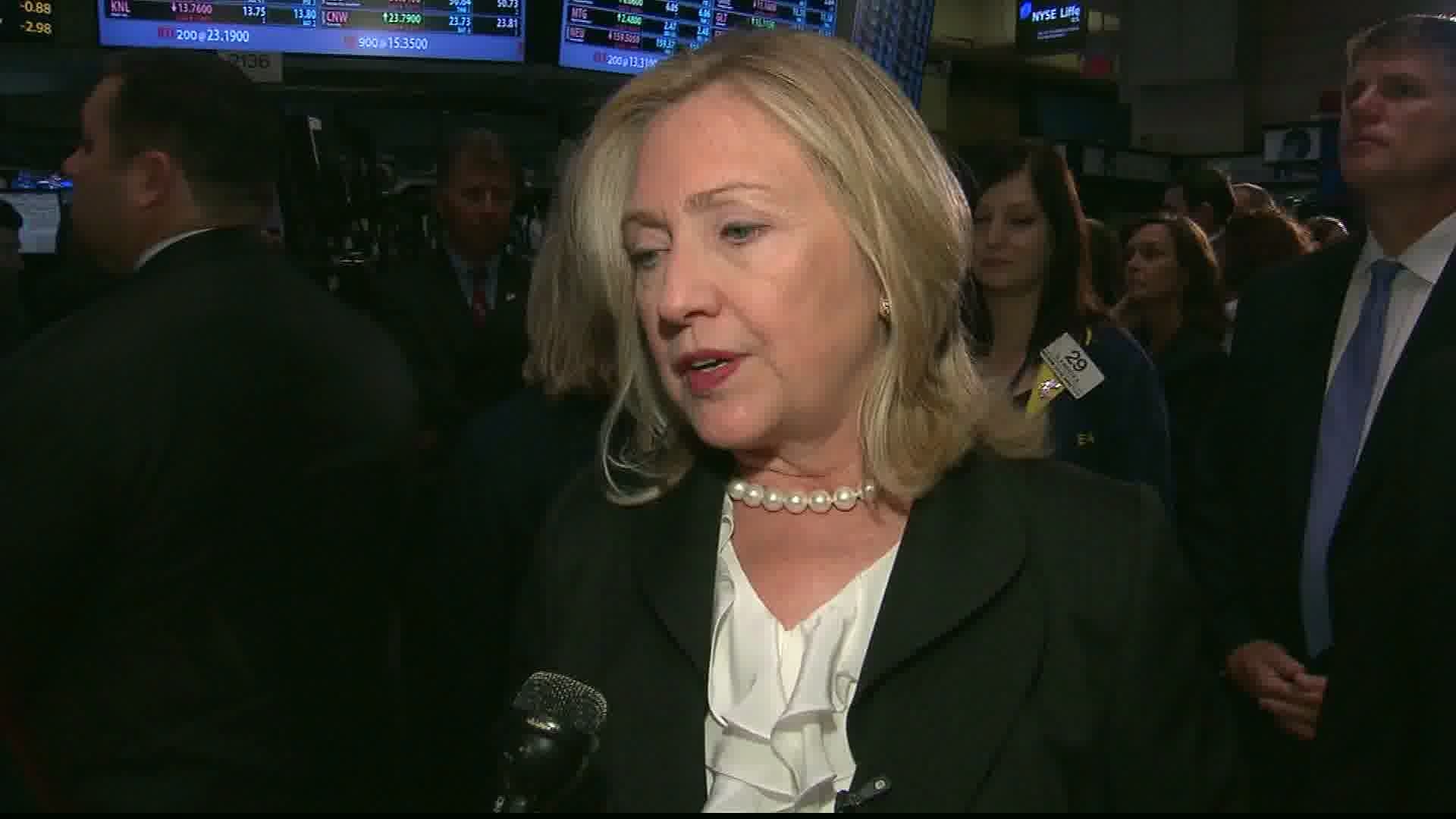 Speaking just a few blocks north from where New York’s twin towers once stood, Secretary of State Hillary Clinton said the latest terror threat "should surprise no one," but serves as a "reminder of the continuing stakes in our struggle against violent extremism."

Clinton spoke at John Jay College of Criminal Justice in Manhattan to mark the tenth anniversary of the 9/11 attacks, and to herald a strategy that weaves U.S. diplomacy and development assistance with defense in its engagement with the world. She has called the strategy "smart power."

As a reflection of the continued evolution of counterterrorism strategy, President Barack Obama signed an executive order establishing a strategic counterterrorism communications initiative that seeks to counteract jihadist recruitment messages and propoganda.

In her remarks in New York, Clinton said the Center for Strategic Counterterrorism Communications, which aims to undermine jihadi propaganda and dissuade potential recruits, serves as the centerpiece of the executive order. The Center, a government-wide endeavor based at the State Department, has assembled a team of tech-savvy digital specialists fluent in Urdu and Arabic that contest extremist websites and forums, Clinton said.

In addition to these efforts, Clinton said the United States would also establish a Global Counterterrorism Forum on the sidelines of the upcoming United Nations General Assembly meetings later this month. The forum, chaired by Turkey and the United States, will bring together nearly 30 nations, with the goal of helping countries address terror threats and safe havens within their own borders, and identifying effective ways to counter violent extremism, the secretary said. The forum was also part of the executive order signed by Obama.

As al Qaeda's threat becomes more diffuse with the rise of regional affiliates in the Arabian Peninsula and North Africa, Clinton said the United States has also launched a "diplomatic offensive to strengthen bilateral and multilateral cooperation on counterterrorism." The State Department has trained nearly 7,000 law enforcement and counterterrorism officials from more than 60 countries Clinton said.

Recalling her visits to Ground Zero as a U.S. Senator from New York in the days after the attacks, Clinton said "our government is better organized, our defenses are stronger, and our citizens are safer," and al Qaeda is much weaker, but the United States must still marshal all its resources to defeat the terrorist group and its affiliates.

As the U.S. continues its flight against al Qaeda, Clinton said it is important to "stay true to our values" and to treat captured al Qaeda members "humanely and consistent with international standards."

When it comes to the prosecution of suspected terrorists, Clinton said this approach as means using civilian courts "which have time and again shown their effectiveness at convicting terrorists, including many here in New York, without endangering the local population." There was a barrage of criticism from members of Congress when the Justice Department proposed trying the self-proclaimed mastermind of the 9/11 attacks, Khalid Sheik Mohammed, in federal court in Manhattan. After Congress imposed restrictions that blocked any detainees held at the U.S. prison at Guantanamo Bay from being tried in the United States, the Justice Department said Mohammed would be tried in a military commission court.

In her remarks, Clinton said that suspected terrorists could be tried in reformed military commissions "where appropriate."

Slowing the recruitment and undermining the appeal of extremist ideology is another component of the U.S. strategy Clinton said. Part of that strategy includes her appointment of a Special Representative to Muslim Communities shortly after President Obama's address in Cairo in June 2009. Farah Pandith, a Muslim-American who has also worked for the National Security Council, was tapped by Clinton to take on that role. In an interview with CNN's Jill Dougherty, Pandith said she has traveled the world to speak with Muslim communities and hears a recurring theme. What they are trying to say "is I don't want al Qaeda to define me, I don't want anybody else to define me, the images that you see on the front page of a paper aren't who I am," Pandith said.

While Clinton maintained that al Qaeda is "increasingly irrelevant," she said the future is still uncertain and it is in the U.S. interest to "support the development of strong and stable democracies in the region."

As people in nations trying to steer away from extremism continue their efforts, Clinton said the United States stands to gain the most when leading by example. "We need them to see America as a source of opportunity and hope, as a partner, not an adversary."