US chasing down "credible" threat info

U.S. officials said Thursday evening they have "specific, credible but unconfirmed" information about a threat against the United States coinciding with the 10th anniversary of the September 11 terrorist attacks.
"We have received credible information very recently about a possible plot directed at the homeland that seems to be focused on New York and Washington, D.C.," a senior administration official told CNN Pentagon Correspondent Barbara Starr.

The plot is believed to involve three individuals who have possibly entered the United States, at least one believed to be a U.S. citizen, the official said.
U.S. officials believe the threat is a vehicle laden with explosives but "the intelligence picture is not completely formed," the official said. "Not enough is known about the potential operatives and their plotting."

END_OF_DOCUMENT_TOKEN_TO_BE_REPLACED

Source: US, Libyans do not have read on Gadhafi location

The United States does not know where ousted Libyan leader Moamar Gadhafi is and does not believe the National Transitional Council has a lock on his whereabouts either, a senior US official told CNN.

The U.S. does believe the former leader is still in Libya, the source said. The Libyans do seem to have a lock on where most of the sons are, according to the US official. Saif is believed to be in Sirte. Another son in is believed to be in Bani Walid. Mutassim is believed to be somewhere in the country, the official wasn't at his desk and didn't remember the name of the town, but it was not a familiar name. Khamis is believed to be dead.  END_OF_DOCUMENT_TOKEN_TO_BE_REPLACED

Author: A ‘blank check’ still blank and still being cashed

The intelligence community got a “a blank check” in the days following the September 11, 2001 attacks - so says Washington Post reporter Dana Priest in a new book, "Top Secret America," co-authored with Post contributor William Arkin.

Priest tells CNN, “Every agency they could call counter-terrorism got money to do it. All agencies grew — some by more than 100 percent. The intelligence budget grew, in fact, by 250 percent.” The book is an attempt to try to get a handle on the burgeoning intelligence and military operations in the 10 years since.

Priest says contractors and government employees do hand-in-hand work all across the country, in the name of preventing another al Qaeda strike. “[W]e found an astonishing amount of duplication and waste and programs that don’t necessarily add anything to our safety.”

Listen to the full report from CNN Radio's Bob Costantini

US mission not about catching Gadhafi

The U.S. mission in Libya is to protect citizens and "is not about capturing or finding Col. Gadhafi," a Pentagon spokesman insisted on Thursday.

Joint Chiefs spokesman Capt. John Kirby told journalists at the Pentagon that the United States believes Gadhafi forces are still a danger and some troops continue to be loyal to the Libyan leader.

Neither Kirby nor Pentagon spokesman George Little, the new Pentagon spokesman who appeared with Kirby at the briefing, would comment on recent reports by CNN and others of shoulder-fired missiles being looted from Libyan storage facilities, but Kirby did say the U.S. has told the Libyan National Transitional Council it needs to get control of the various weapons stashes around the country.

Little also said the United States remains confident that chemical weapons material in Libya remains secure and said the material has been under constant watch for months.

This article is based on an investigation of several months into the threat posed by explosive devices disguised in air cargo.

Late last October, a pair of innocuous packages were dropped off at a courier’s office in Sanaa, Yemen, for shipping to an address in Chicago. Hours later, the two brown boxes - stuffed with books, clothing, and brand new laser printers - were loaded into the cargo hold of passenger planes bound for Dubai and Doha on the first leg of their journey to the United States.

What the hundreds of passengers on those flights did not know was that ingeniously concealed in the printer cartridges inside those printers were explosive devices containing a white powdery chemical known as PETN. END_OF_DOCUMENT_TOKEN_TO_BE_REPLACED 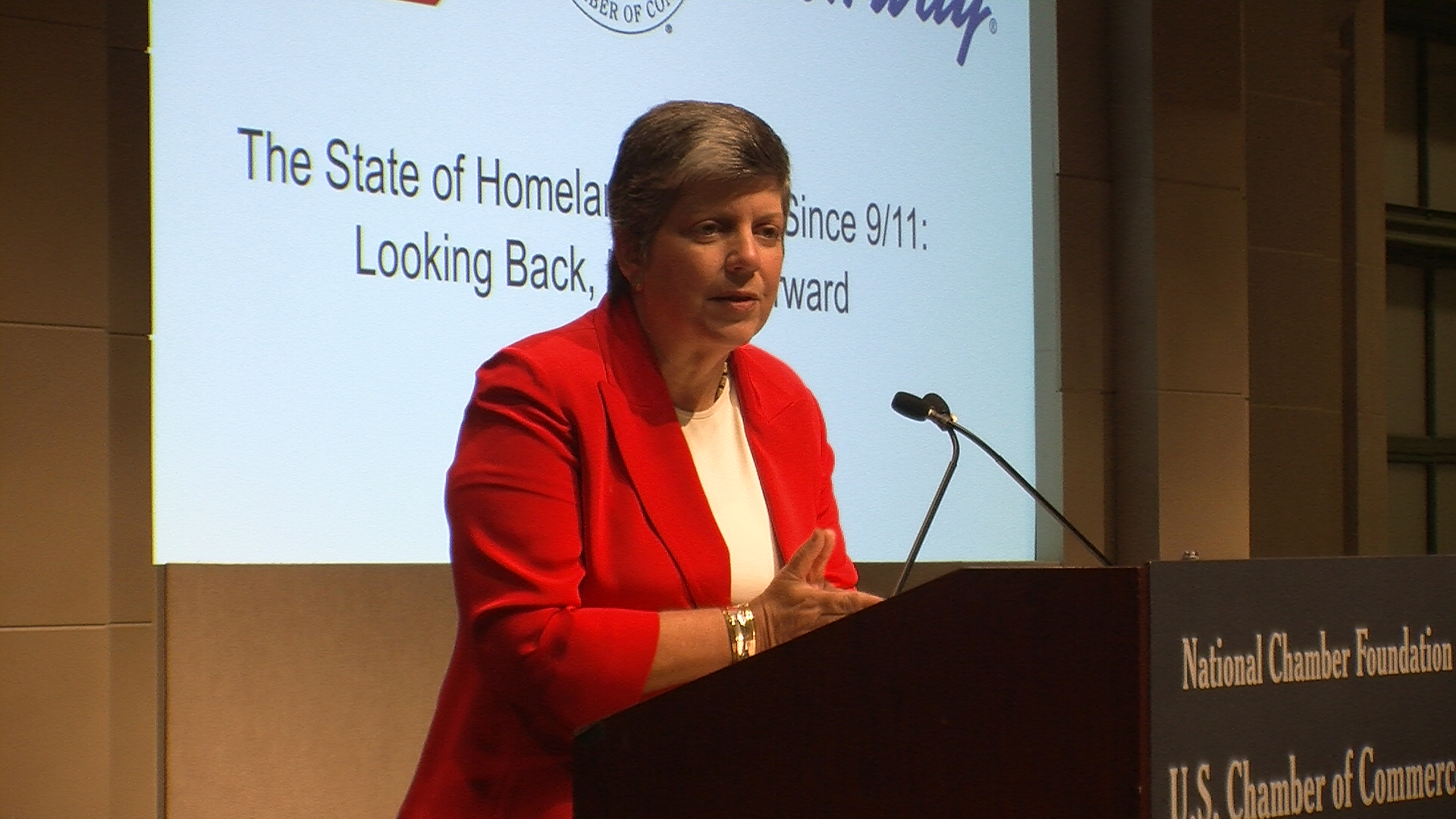 By Mike M. Ahlers
Intelligence officials have picked up "lots of chatter" on jihadi websites and elsewhere about the impending 10th anniversary of the September 11 terrorist attacks, but nothing yet that warrants issuing a threat advisory, Homeland Security Secretary Janet Napolitano said Thursday.
Nonetheless, the department will be at a heightened level of readiness as the nation commemorates the anniversary, "staffing up" Federal Air Marshals and other agencies.
END_OF_DOCUMENT_TOKEN_TO_BE_REPLACED

Not the American ambassador to Syria, Robert Ford. Rather than working to strengthen the U.S. relationship with the government of Bashar al-Assad, Ford has been dubbed by some U.S. officials as the "ambassador of change."

Since the Syrian government began cracking down on anti-government protesters earlier this year, the U.S. ambassador to Damascus has traded diplomatic niceties for tough talk about the regime.

The regime sees him as an activist, working to knock it out of power - especially after Ford sparked a diplomatic firestorm in July when he traveled to the restive city of Hama to express support for demonstrators. He was welcomed with flowers by local residents who had suffered a brutal crackdown by government forces. Al-Assad's government called the trip an attempt to foment dissent.

Since then, Ford has continued to serve less as a traditional diplomat and more as a provocateur. On Tuesday he called into question the Syrian government's capability to enact "the deep, genuine and credible reforms" demanded by opposition protesters.

In a sharply-worded letter posted on the U.S. Embassy Facebook page this week, Ford voiced his support for what he called the "courage" shown by demonstrators and slammed the killings of unarmed civilians protesting peacefully, placing the blame for the violence squarely on the government.
END_OF_DOCUMENT_TOKEN_TO_BE_REPLACED

Out of a job, Gadhafi's Tuareg fighters may create new troubles

They are the Kurds of Africa, an ancient stateless people with their own language, a minority spread across several countries, weathered by their harsh surroundings.

And like the Kurds, the Tuareg are now at the center of international attention. Some are helping Moammar Gadhafi loyalists escape Libya across the endless expanses of the Sahel. Many more are trapped in Libya, trying to escape its post-revolutionary chaos.

Gadhafi often turned to the nomadic Tuareg to bolster his forces and his attempts to manipulate and destabilize the poor countries to the south of Libya: Niger, Chad and Mali. The Tuareg were capable mercenaries. And there was a hint of romance in the arrangement - Gadhafi has always painted himself as a desert Bedouin. 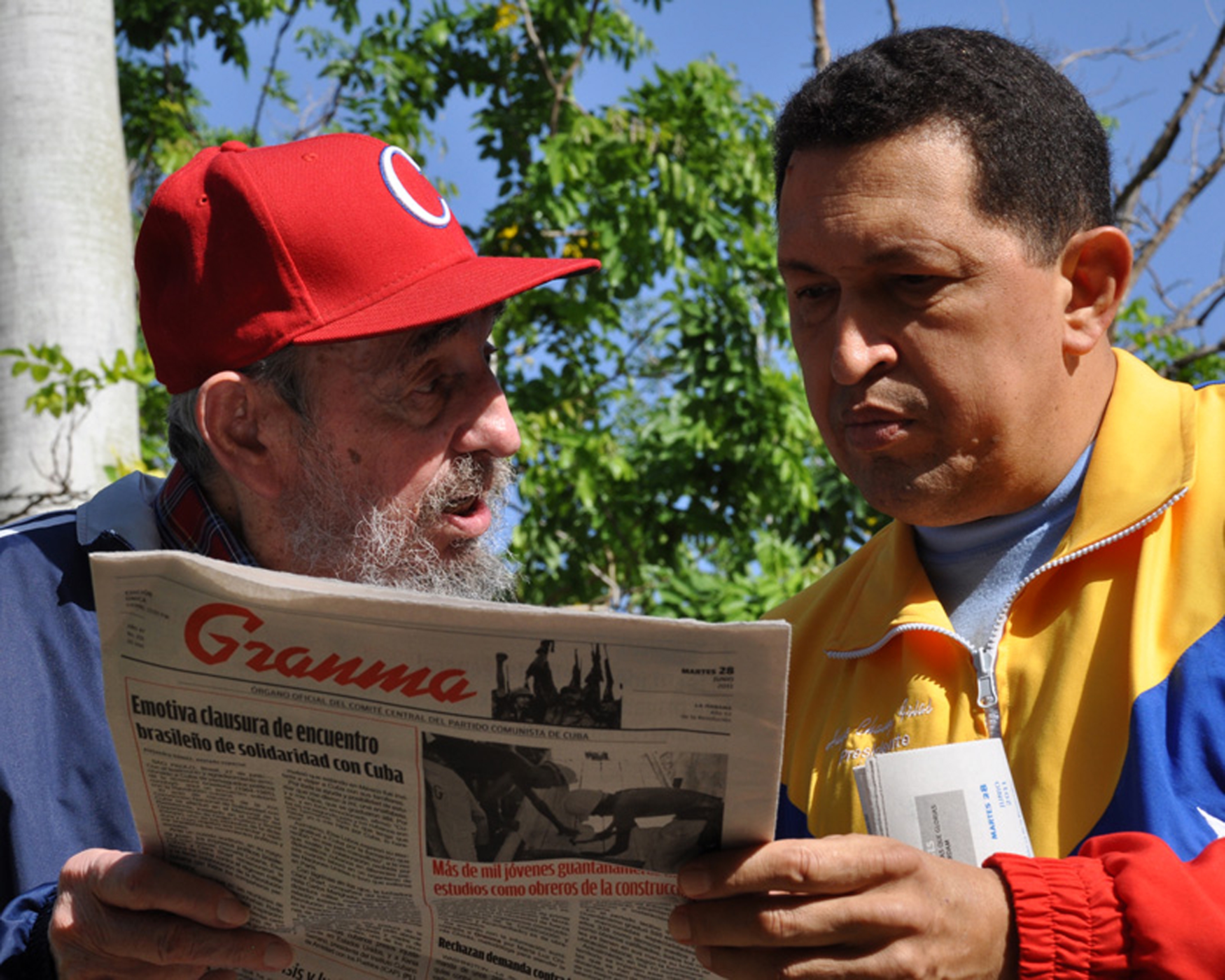 Intelligence agencies are sure to be keeping an eye on the ailing health of both Fidel Castro and Hugo Chavez. Photo: AFP/Getty Images
September 8th, 2011
08:00 AM ET

How to be a health spy

It is no secret that intelligence agencies around the world pay considerable attention to understanding the health of rulers in other countries. The recent publication of diplomatic cables by WikiLeaks included pointed discussions of the health of various leaders, including Cuban leader Fidel Castro and North Korea's Kim Jong Il.

In a new website posting, Stratfor's Vice President of Intelligence Fred Burton, a former State Department special agent, breaks down the common ways intelligence agencies around the world go about spying on a leader's health and why they do it. END_OF_DOCUMENT_TOKEN_TO_BE_REPLACED