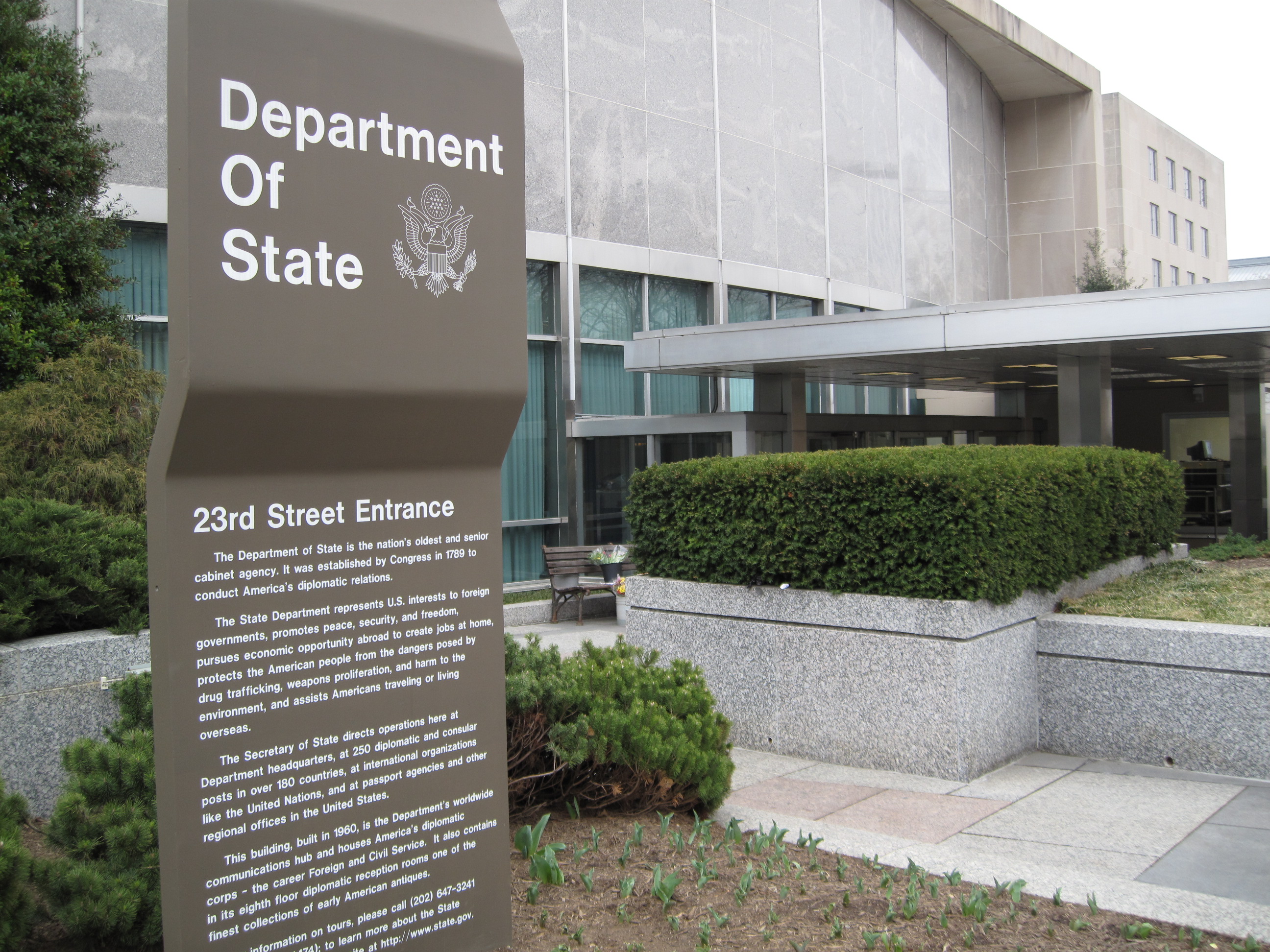 Faced with the disturbing fact that Muammar Gadhafi’s wife and three children, including some grandchildren, were able to flee over the Libyan border to Algeria in spite of a U.N. travel ban, the U.S. State Department nevertheless is taking a low-key approach.

“There are concerns that this isn’t in keeping with the travel ban restrictions,” State Department spokeswoman Victoria Nuland told reporters Tuesday but, defending the administration’s response, she said the U.S. is reviewing Algeria’s explanation for why it let the family into the country.

Gadhafi’s two sons who fled, Hannibal and Mohammed, along with his daughter, Aisha, are specifically named in the U.N. travel ban for “closeness of association with regime.”

“We care, in terms of the fact that under UN Security Council Resolution 1970, the Gadhafi family was subject to a travel ban,” Nuland said. “So, they have now traveled. The government of Algeria has now sent a letter to the UN. We are reviewing that letter now in New York but, clearly, there has to be an international community decision and response in regard to the travel ban restrictions that 1970 imposes.”

The Algerian representative to the U.N. said Monday that his government let the Gadhafis into the country on "humanitarian grounds." Aisha Gadhafi gave birth to a daughter at the border. Algeria's Ambassador to the U.N., Mourad Benmehidi, told CNN "The wife of someone who has grievances with the international community is not necessarily subject to the same grievances.”

The U.N. resolution does, in fact, allow exceptions to the travel ban resolution: “Where the Committee determines on a case-by-case basis that such travel is justified on the grounds of humanitarian need, including religious obligation.”

It requires a state to inform the United Nations within 48 hours of any such decision.

“We have said that members of Gadhafi’s family should be held accountable,” the State Department’s Nuland said, but added: “…we need to review the Algerian government explanation, so does the TNC, and we need to see where we go from there.”

Algeria’s decision to accept the family, however, has infuriated the rebel National Transitional Council. The NTC is demanding that Algerian authorities hand the family over to be tried by Libyan courts, calling Algeria’s decision an “act of aggression.”

Rebels who picked through Hannibal Gadhafi’s seaside villa in Libya on Sunday introduced CNN's Dan Rivers to his family's badly burned former nanny, who said she had been doused with boiling water by Hannibal’s wife, model Aline Skaf, when she refused to beat one of their crying toddlers.

The nanny, Shweyga Mullah, is covered with scars from the abuse, which was corroborated by another member of the household staff.