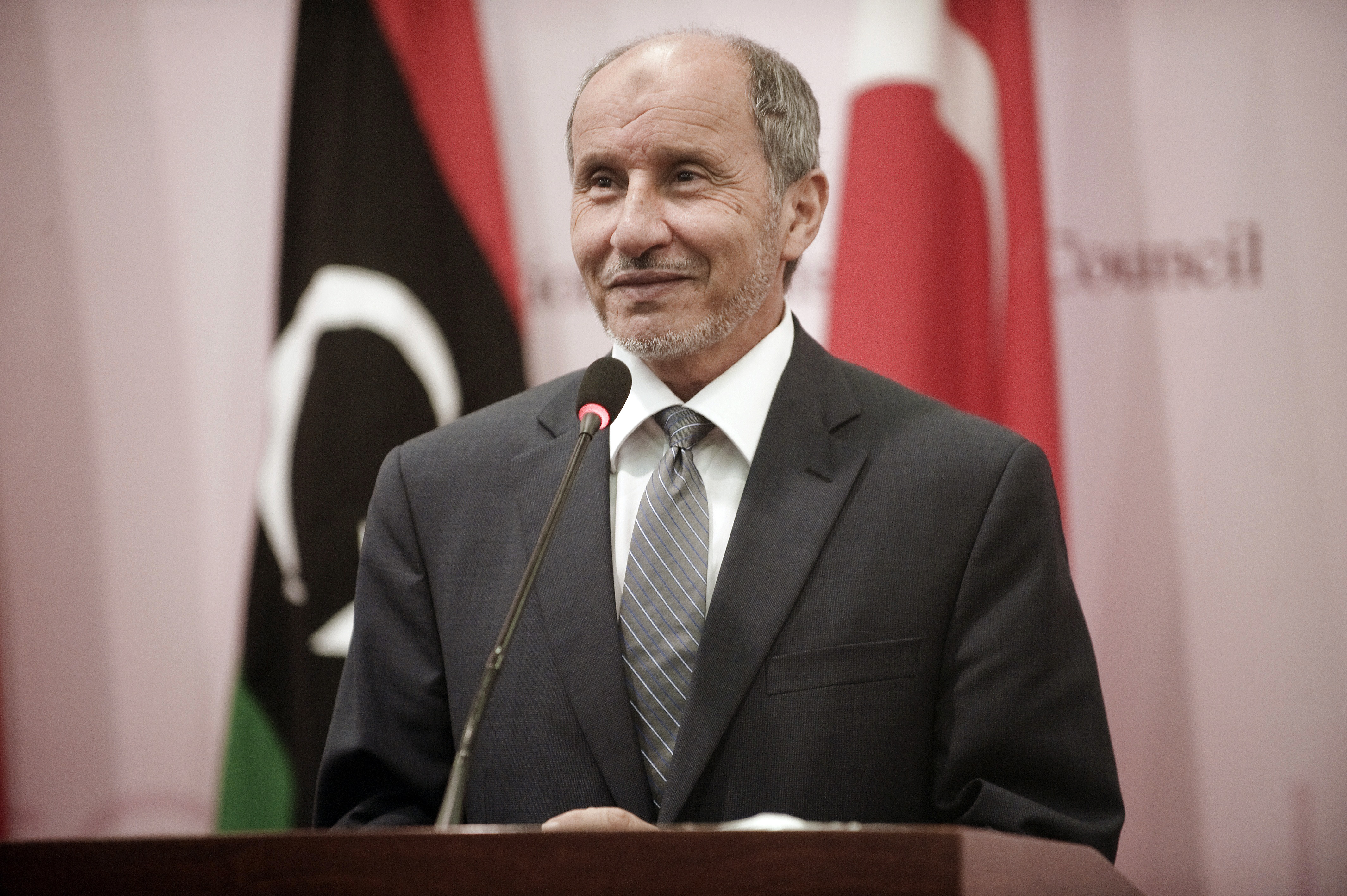 Gadhafi hides and threatens as rebels begin a difficult transition

Libyan leader Moammar Gadhafi issues threats by radio and the fighting in Libya continues. But the transition in the North African country already has begun.

The rebels' political arm, the National Transitional Council, based in the eastern city of Benghazi, is poised to move its operations to the capital, Tripoli.

This disparate group of former Gadhafi regime loyalists, reformers, expatriates, members of different tribes and some jihadis, united by the common cause of getting rid of the dictator, now must coalesce into an interim government facing the enormous challenge of running this country of nearly 6.5 million people.

Food and medical supplies, in some areas, are running low. Hospitals are damaged. Electricity is out or sporadic. Although Libya, an oil exporter, potentially has significant income from that sector, right now the transitional council must scramble to help Libyan civilians caught in the conflict. At the same time, they must begin building the structure of a new and, they vow, democratic government.

Representatives of the NTC are meeting with donor nations, including the United States, asking for funds to get it through this critical initial period.

The United States is working to quickly free up $1 billion to $1.5 billion out of a total of some $30 billion in Libyan government assets frozen by Washington in order to keep them out of the hands of Gadhafi. Just 10% of that $30 billion in assets is in cash; the $1 billion represents less than one-half of that cash.

Humanitarian aid and critical services are what Washington wants the transitional council to spend the money on, but some have questioned whether the rebels' political arm might try to spend it on weapons instead.

Nuland said the NTC "has made strong commitments to the U.S. with regard to the use of the money, with regard to transparency, etc., but we would not have taken this step if we didn't have confidence it wouldn't get back to the people."

"What we are focused on with them is planning for this transition... working with them as they plan the economic, political, rule of law, security underpinnings of the new Libyan state so that it can lead a transition towards democracy," she added.

Talks with the United States and the United Nations, the spokeswoman said, have enabled the National Transitional Council "to think through very systematically how they would use this money."

Meanwhile, the NTC has created a stabilization team and its chairman, Minister of Infrastructure and Reconstruction, Ahmed Jehani, said in Dubai that the group is asking U.N. members for aid. The team said Tuesday its priority is security and it is coordinating with representatives from a number of different military groups in Libya.

The team also has been able to restore GSM and Internet service, it says, and has been sending a series of SMS messages to the local population of Tripoli to "help improve awareness and allay fears and concerns."

Electricity supply to Tripoli was restored, the NTC says, but then lost due to equipment failure.

"Fighters have agreed to escort engineers to provide the necessary repairs as soon as possible," it reports.

A conduit for food from the rebel stronghold of Benghazi has been set up and the transitional council now is coordinating with a number of countries for urgent medical and food supplies. In addition, Libyan humanitarian teams in Tunisia have been "fully mobilized," according to the rebels.

When asked if the United States would send staff from the State Department or U.S. Agency for International Development to Libya to help Libya's transition, Nuland said, "I think you're getting a little bit ahead of the game."

"What we need now, first, is for the NTC representing the Libyan people to come forward with its set of interests in terms of how the international community can help. Our sense of how this should work... is that the U.N. should be the lead international organization for providing the humanitarian, political, economic support, and that the nation-states of the U.N. would then support that effort," she explained.

The United States does have support programs, now running in Egypt and Tunisia, that help with rule of law, security support, and humanitarian assistance. There are other programs the State Department contracts through non-governmental organizations.

"I think it remains to be seen" what Washington would provide, Nuland said.

What kind of Libya do the rebels and the NTC want post-Gadhafi?

"From what we know, they want a democratic Libya, an Islamic state but a state that is clearly a multi-party state, that is clearly a liberal state," Serwer said. "It would not be unique perhaps in the world, but it is certainly an experiment for Libya, which has not had a state at all. It's had one-man rule, basically, with state institutions obliterated."

"What's really interesting ... is that the NTC appears to be acutely aware of the need to build new institutions, to establish a democratic culture, and to establish the rule of law. Not all revolutionaries worry about such things. They have worried about it and I think that is a good sign," he added.

But Gadhafi could make the transition a lot harder.

"He's not going to survive by doing this," Serwer told CNN. "His regime isn't going to be restored, but he's going to make the post-war period much more difficult by not signaling to his loyalists that they should give it up."

Leave a Reply to COMMON SENSE