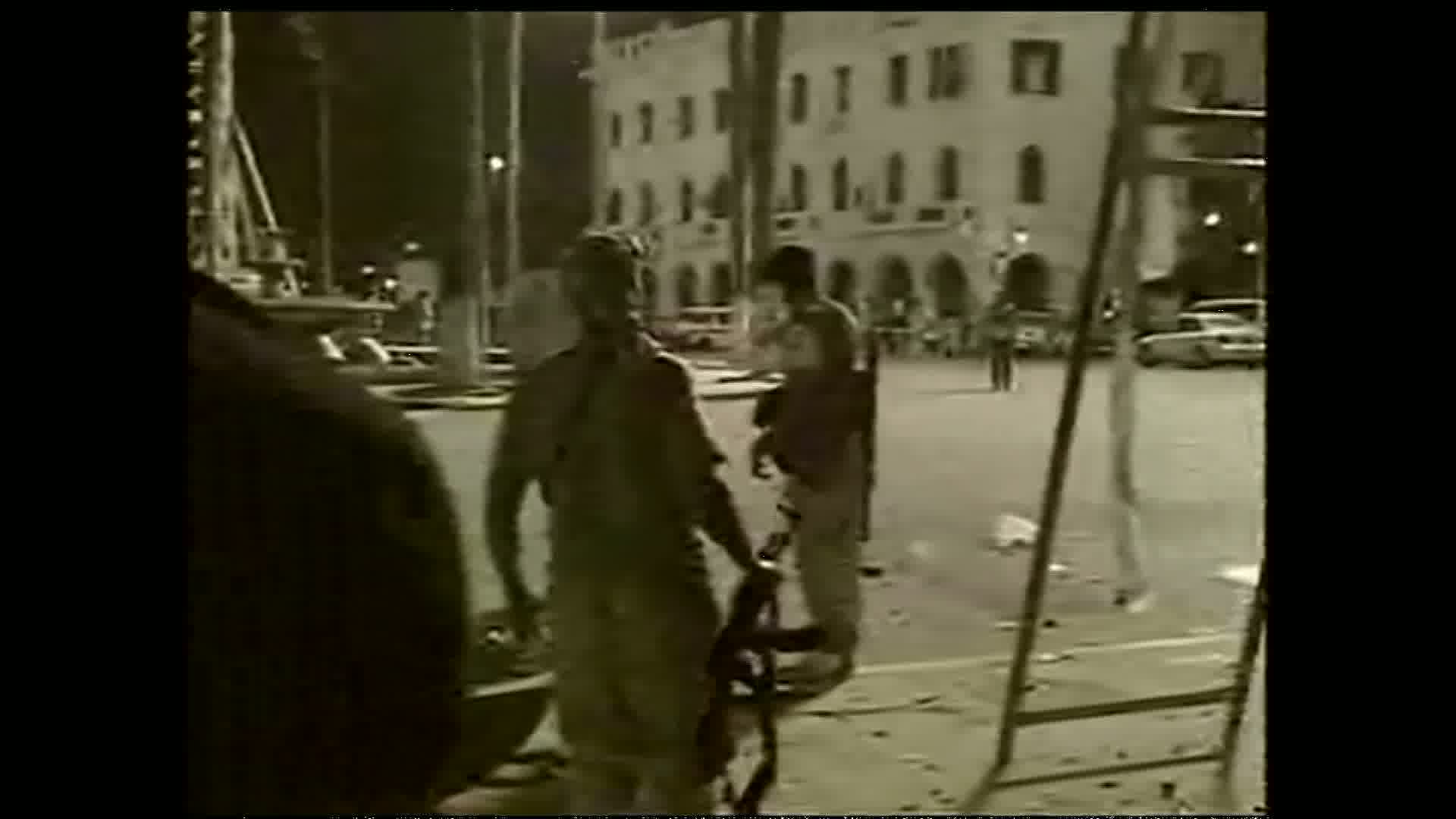 The official said NATO is watching closely for any sign of a massing of Gadhafi's forces, or of weapons such as rockets or artillery being moved. Striking such targets in the heavily populated areas of Tripoli could be a difficult problem because rebel forces, civilians and loyalists are mixed in among the entire population he said.

President Barack Obama - currently on vacation in Martha's Vineyard, Massachusetts - issued a written statement late Sunday calling on Gadhafi to "relinquish power once and for all."

"The momentum against the Gadhafi regime has reached a tipping point. Tripoli is slipping from the grasp of a tyrant," Obama said. "The Gadhafi regime is showing signs of collapsing. The people of Libya are showing that the universal pursuit of dignity and freedom is far stronger than the iron fist of a dictator."

"The surest way for the bloodshed to end is simple: Moammar Gadhafi and his regime need to recognize that their rule has come to an end," he said. "A season of conflict must lead to one of peace."

Obama first called on Gadhafi to step aside in February, but Gadhafi held on until this weekend despite the imposition of new sanctions and growing pressure from a NATO-led air campaign.

A sharply divided Congress failed to agree on any resolutions explicitly endorsing or opposing U.S. involvement. Two top GOP senators issued a statement Sunday praising the collapse of Gadhafi's regime, but criticizing Obama for failing to act in a more aggressive manner.

"The end of the Gadhafi regime in Libya is a victory for the Libyan people and for the broader cause of freedom in the Middle East and throughout the world. This achievement was made possible first and foremost by the struggle and sacrifice of countless Libyans, whose courage and perseverance we applaud," said Sens. John McCain of Arizona and Lindsey Graham of South Carolina.

"Americans can be proud of the role our country has played in helping to defeat Gadhafi, but we regret that this success was so long in coming due to the failure of the United States to employ the full weight of our airpower," they said.

Gadhafi spokesman Musa Ibrahim, meanwhile, blamed Obama, NATO and the West for the conflict, and appealed for a cease-fire.

"Every drop of Libyan blood shed by these rebels is the responsibility of the Western world, especially NATO's countries," Ibrahim said. "We hold Obama, (British Prime Minister David) Cameron and (French President Nicolas) Sarkozy morally responsible for every single unnecessary death that takes place in this country."