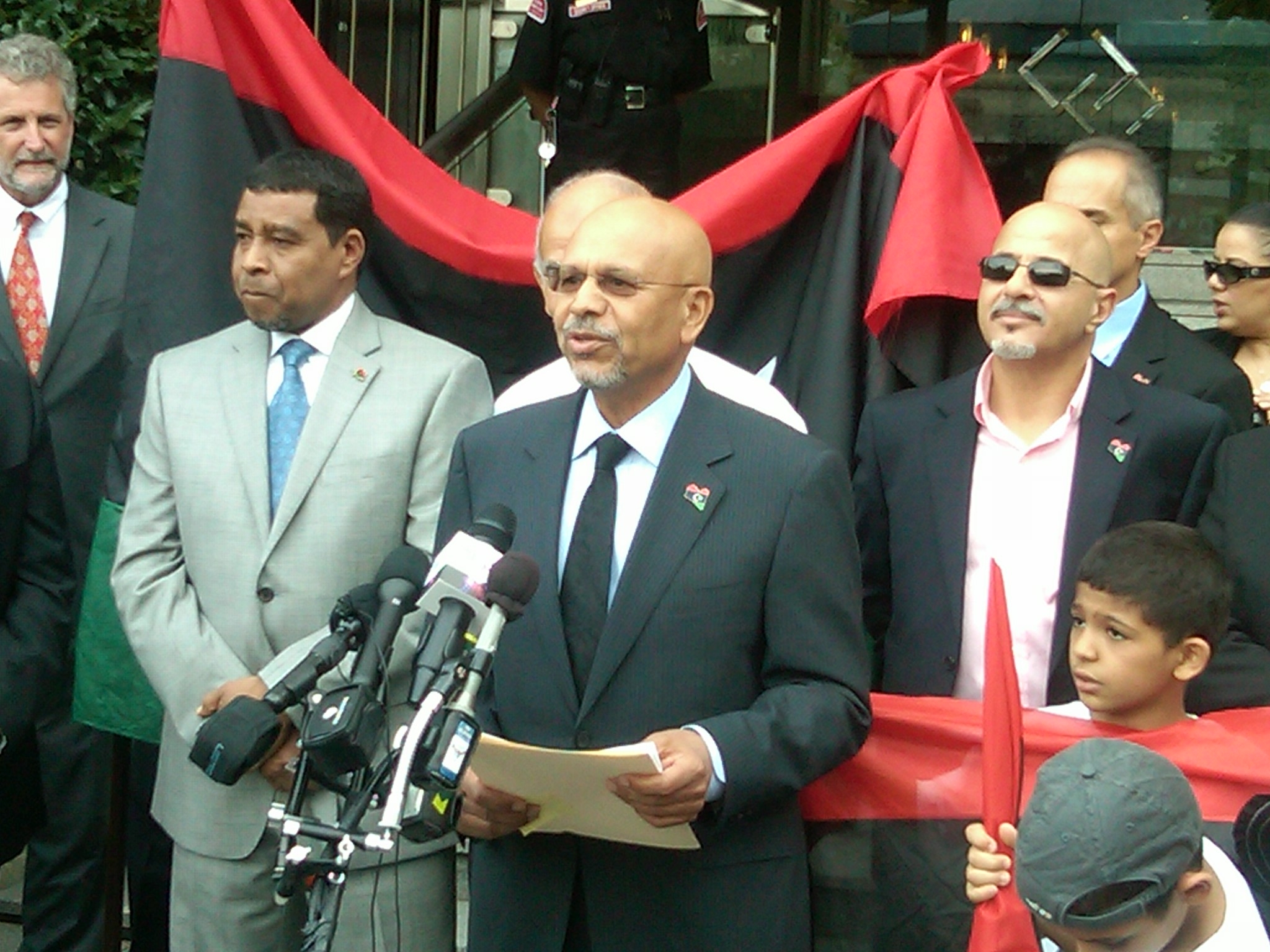 The mission now represents the Transitional National Council (TNC), the rebel movement based in Benghazi, which the United States recognized as the rightful government of Libya on July 15.

The embassy was closed in March after the State Department expelled all diplomats loyal to the Libyan leader Moammar Gadhafi. Aujali, who previously represented the Gadhafi regime in Washington, resigned his post in February, and has since represented the TNC in Washington. He was formally accredited as head of the Libyan mission last week.

With the embassy reopened, Aujali has regained control of the embassy's frozen bank account, which is worth about $13 million. Aujali said he was speaking with State Department officials about the Obama administration's efforts to help the TNC gain access to the approximately $30 billion in Libyan assets frozen by sanctions. "We need immediate access to these resources" in order to work on "the humanitarian crisis, to provide basic services and continuing preparation for the democratic transition," he said.

Speaking with reporters inside the embassy, Aujali said he hoped the United States would also lift restrictions on its financial assistance that limits its use to humanitarian purposes only.

As the rebels continue battling Gadhafi's forces for control of Libya, Aujali said the TNC was actively planning for a democratic transition in Libya through the drafting of a constitution and preparing for elections.

"Our vision of a democratic Libya has taken root in a majority of our cities in our country and momentum has shifted slowly to our favor," Aujali said.

And as the ambassador and his staff got back to work inside the embassy, a celebration continued outside on the street.

Mohammed Banoun, a Libyan-American, said he drove overnight to Washington from his home in Cincinnati to witness the reopening because he felt it was an important marker in his fight for a free Libya.

"I would never miss this day. I'm really very excited to be here," he said. "This is a very historical day in Libyan history and also in the Libyan-American relationship."

Leave a Reply to kazi