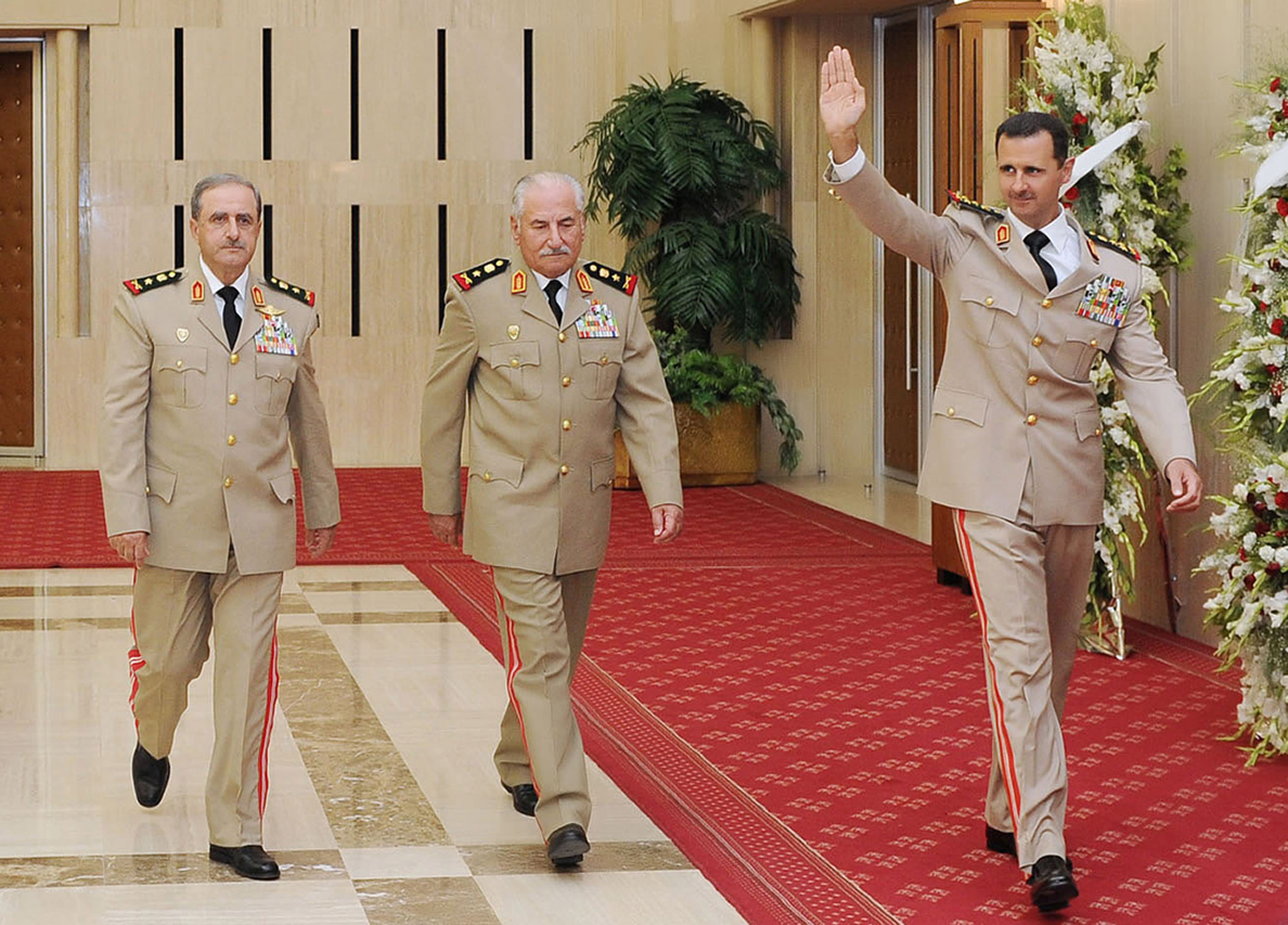 To go or not to go: US dances around Syrian president's ouster

Each day the Obama administration is inching closer to saying of Syrian President Bashar al-Assad: "He must go."

The United States has been dancing around that line for months. Secretary of State Hillary Clinton has already said that Assad has lost legitimacy and the U.S. has nothing invested in his continued rule of Syria. The latest missive, offered this week by White House spokesman Jay Carney and U.S. Ambassador to the United Nations Susan Rice is that Syria "would be better off without Assad."

The question is not really about timing, but whether Assad would listen. He has ignored warnings from Arab titans like Saudi Arabia’s King Abdullah to stop the bloodshed against his people. So why would he heed the call of the United States with whom he has had a prickly relationship at best?

The answer is, he probably won't. At least not now. Even as the script is being written, U.S. officials and Syria watchers alike recognize a call from President Barack Obama himself for al-Assad to step down is highly unlikely to move him.

President Obama's appeal for Egyptian President Hosni Mubarak, a long-time U.S. ally, to step down from power was successful because it was artfully timed. His comments had weight because of the influence the United States had on the Egyptian military, which was already growing tired of Mubarak. When the military leadership realized standing by Mubarak risked billions of dollars in U.S. aid, it abandoned the president, which ultimately led to his downfall.

But Obama's demand for Moammar Gadhafi to step down has only made Gadhafi dig his heels in harder. And although the United States has not explicitly called on Yemen's President Saleh to go, the administration has made clear it wants Saleh to sign a deal brokered by the Gulf Cooperation Council that would essentially set off a process by which he would step down. Saleh, who is still recuperating in Saudi Arabia from an assassination attempt, doesn't appear to be returning to Yemen anytime soon. But he still hasn't signed the deal.

Some U.S. officials and Syria experts believe an explicit call from President Obama could further isolate the al-Assad regime. It would, they argue, encourage protestors to continue their struggle against the government. And it could send an important message to those around the Syrian president that sticking with his regime is a dead end.

But while the words might claim the moral high ground for President Obama, uncomfortable questions are sure to follow about what the United States would be prepared to do to advance its new policy objective of getting Assad out. With the U.S. economy struggling, American forces heavily engaged in Iraq and Afghanistan and the U.S. military backing the flailing NATO mission in Libya, it's doubtful America  is prepared to do much. At a panel sponsored by the Middle East Institute Wednesday, Ted Kattouf, former U.S. Ambassador to Syria, cautioned against anyone in the Obama administration saying the United States is going to do whatever it takes to get the regime out, because those promises, he warned, will ultimately ring hollow.

Kattouf also cautioned against expecting too much from such a demand. There isn't a magic bullet, he says, that will cause the regime to collapse. That is certainly a concern for U.S. officials as they weigh their options. If Assad remains in office, they wonder, doesn't that risk making President Obama and, by extension, the United States, look weak and ineffective in a region where its popularity and influence continues to wane?

Repeatedly, when asked whether it was time for America to call on al-Assad to step down, Clinton has said that actions speak louder than words and results are more important than rhetoric. It appears that while the temptation to say those magic words may be great, Clinton realizes the payoff might not be as satisfying.

But such a dramatic step may not be needed by the Obama administration. Concerted, behind the scenes diplomacy by the administration over the past several months has galvanized international pressure against Syria and resulted in getting countries with real influence on al-Assad–like Saudi Arabia and Turkey- to do the heavy lifting in public. And although the United States is leading the push for sanctions, they will ultimately be most effective coming from Europe, India and China, countries which actually do business with Syria and have substantial investments in the country's energy sector.

The Obama administration does not want to be the lone voice in calling for the Syrian president to step down. But if the current trend in Syria persists, with daily casualties in cities across the country, other governments may also be ready to make that call. Now that he appears to have opted firmly for the stick of repression and not the carrot of reform, Assad may himself be the best argument the US has in rallying support for his ouster.