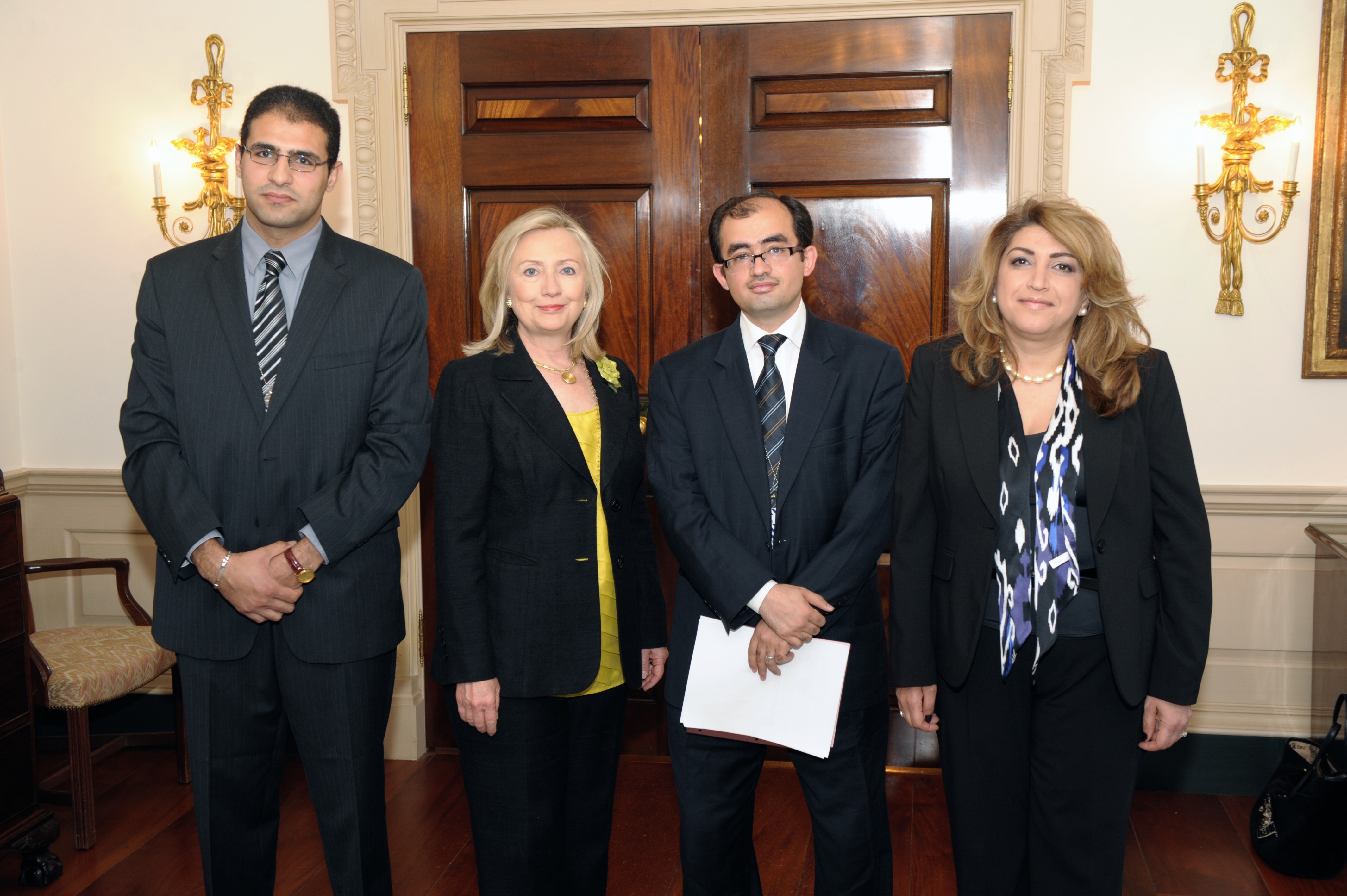 The Obama administration ratcheted up pressure on Syria Tuesday, as the regime intensified its bloody crackdown on protesters.

Secretary of State Hillary Clinton met with a group of U.S.-based Syrian activists and opposition figures at the State Department in an effort to further the diplomatic isolation of the regime of President Bashar al-Assad over his fierce security crackdown on peaceful protests across Syria.

The Secretary wanted to personally "express her sympathy to the victims of the Assad regime," Deputy State Department Spokesperson Mark Toner said.

Clinton's first meeting with the Syrian opposition comes as the US prepares a fresh round of sanctions against the Syrian regime. Senior State Department officials said the Obama administration was on the verge of imposing new measures against the Syrian oil and gas sectors, which the regime uses to help finance its security forces.

It was unclear when the sanctions would be formally announced, although a bipartisan group of U.S. senators introduced a bill Tuesday that would tighten sanctions against Syria's energy sector. US Ambassador to Syria Robert Ford told a Senate panel that the US does not have many oil companies operating inside Syria due to existing US sanctions. However the administation was discussing with Canada and European countries with greater investment in those sectors, how those nations could join the US and impose more painful sanctions.

State Department officials said that the US is also pushing for UN Security Council action condemning the Syrian regime and calling on Assad to stop the killing. The U.S. has been frustrated by the lack of action due to the reluctance of some members of the Council. The Council convened a meeting on Monday to discuss the situation in Syria and diplomatic consultations continue in New York.

In their meeting with Clinton, the activists said they asked the Secretary of State to do what she could to urge South Africa, Brazil and India, three of the non-permanent members of the Security Council, to back a resolution. Radwan Ziadeh, Director of the Damascus Center for Human Rights Studies in Washington, D.C., said Clinton told the activists that the United States would do everything it could with the international community to "isolate Bashar Assad and to get a more tougher position at the U.N. level."

In a press conference following the meeting, three of the activists said the US should do more to isolate President Bashar al-Assad of Syria, and help bring an end to the violence engulfing the country. They said they told Clinton they would like to see a more forceful message come from the top of the U.S. government.

"We need President Obama to address the courage of the Syrian people in the street and ask Bashar al-Assad to step down immediately," Ziadeh said.

Ziadeh was joined by Marah Bukai of the Al Waref Institute in Washington, and Mohammad Alabdalla, a former political prisoner in Syria. There were other activists who attended the meeting with Clinton, but chose not to participate in the press conference for fear of retribution against their families by the Syrian regime.

In addition to a message from Obama, the activists urged the United States to intensify pressure on the members of the U.N. Security Council to issue a strong resolution condemning the actions of the Assad regime. "We expressed our sadness," to Clinton about the lack of unanimity over Syria on the Security Council Ziadeh said.

The group also called for the United States to increase pressure on the international community to intensify existing sanctions it has placed against members of the Syrian regime by expanding them to include individuals implicated in the killing or wrongful imprisonment of the Syrian people, as well as specific portions of the economy, such as the energy sector .

The United States should also push for the U.N. to impose an arms embargo on Syria to stop the shipment of weapons from countries such as China and Russia that are "used against civilians" by the Assad regime, Alabdalla said.

"We are seeking diplomatic and political support from the United States and from the worldwide community," as opposed to any sort of military intervention," Bukai said at the press conference following the meeting with Clinton.

Responding to questions from journalists about what some have called a fractured and disorganized Syrian opposition, Ziadeh said that while it was difficult to create a unified opposition after more than 40 years of dictatorship, he was confident the opposition had a "unified agenda" of bringing an end to the Assad regime. The activists said the message delivered to Clinton was the readiness of the opposition to plan for a post-Assad Syria.

Ambassador Ford, who received an enthusiastic welcome by Syrians throwing flowers at his motorcade on a visit to the city of Hama last month, was also part of the meeting Tuesday with Clinton. The three activists told Clinton they felt Ford should stay in Syria to engage with the opposition, and to send a message to the regime that the world is watching.

Ford testified before the Senate Foreign Relations Committee on Tuesday as part of an effort to move his nomination forward for a full vote in the Senate. Ford received a recess appointment to his position by President Obama after Republican Senators objected to sending an Ambassador to Syria.

Calling the crackdown on protestors "brutal" and "outrageous," Ford said the Syrian people were already planning for the day when Assad is no longer president.

"In general, their behavior has been atrocious," Ford told the Senate Panel. "Their recent actions that we read about in the newspaper these days only underline again that the Syrian government is unwilling to lead the Democratic transition that the Syrian people themselves demand."