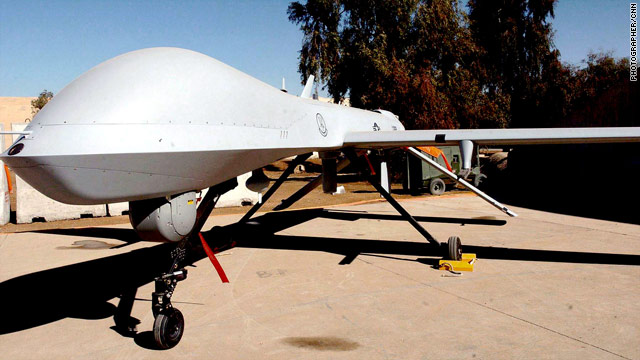 When a relationship is strained, often the only way to fix it, is to talk it through. That can be a little more complicated when Hellfire missiles are involved. Pakistan is hamstrung between growing political pressure at home and the increased intensity and determination of an international partner with a completely different set of priorities. There is no question that the relationship between the two allies has been deteriorating significantly since the covert action last May that killed the world's most wanted terrorist, Osama bin Laden. The trust had been shattered, but the truth is that the two countries still sorely need each other.

So step one is sorting the rhetoric from fact. Not so easy to do.

Case in point: A blog posting over the weekend on Pakistan’s leading newspaper Dawn.com quoted an anonymous diplomatic source as saying that Pakistani intelligence chief Lt. General Shuja Pasha had officially requested the U.S. halt the controversial drone raids in the country. A senior ISI official told CNN that this was a demand that he believed was conveyed during Pasha's recent visit with CIA Acting Director Michael Morell. A just as-anonymous U.S. official called the information completely false, adding that the request was never made and that it was likely the Pakistanis were posturing for an internal audience.

The U.S. source wouldn't speak for attribution because of the sensitivity of the drone program, but that highlights the difficulty in getting to the bottom of the story. And it is a highly-sensitive program. Armed drones have been increasingly deployed for surveillance purposes since the late 1990's. The CIA, which does not confirm the program's existence (some officials just refer to the strikes as "unattributed explosions"), was reportedly reluctant to get involved with using the armed version that was being developed by the military. But the 9/11 terrorist attacks changed everything. Then-President George W. Bush gave the CIA the authority to do what was necessary to kill and capture al Qaeda terrorists. After Hellfire missiles were fired from drones at terrorist targets in Afghanistan in early 2002 during the joint CIA-military campaign there, the U.S. intelligence agency launched an attack on a vehicle in Yemen. The drone strike killed six suspected terrorists, including Qaed Salim Sinan al -Harithi, believed to be involved in the bombing of the USS Cole in October 2000 which killed 17 American sailors.

Following the US invasion of Afghanistan, Osama bin Laden and most of the al Qaeda leadership fled to Pakistan, to tribal lands along the Afghanistan border. The ungoverned territories and mountainous terrain made it difficult to launch traditional operations against the terrorists. The Pakistani military was reluctant to send forces into the region and the US only had military trainers in country. In 2004, the CIA began its armed drone campaign in Pakistan with the tacit approval of then Pakistani President Pervez Musharraf. Only 9 missile strikes occurred in the first 4 years, but that increased to 33 during the last year of the Bush Administration. Just days after taking the oath of office in January 2009, the Obama Administration ramped up the program.

While the US government continues to publicly deny knowledge of the use of armed Predators in carrying out precision attacks, the New America Foundation, a Washington think tank that keeps track of the strikes, says that 53 missile attacks took place in 2009 and that number more than doubled to 118 in 2010. So far this year, they count approximately 50 strikes.

Pakistan's Ambassador to the U.S. was diplomatic and on the record last week when he addressed a crowd at the Aspen Institute Security Forum, calling for a reduction in the use of drone strikes, but also asking for less talk on the subject. "Part of the agreement is neither side is going to talk too much about the drone strikes."

It appears as though for now anyway, not talking about the problem may be the only way both sides can agree to deal with it.