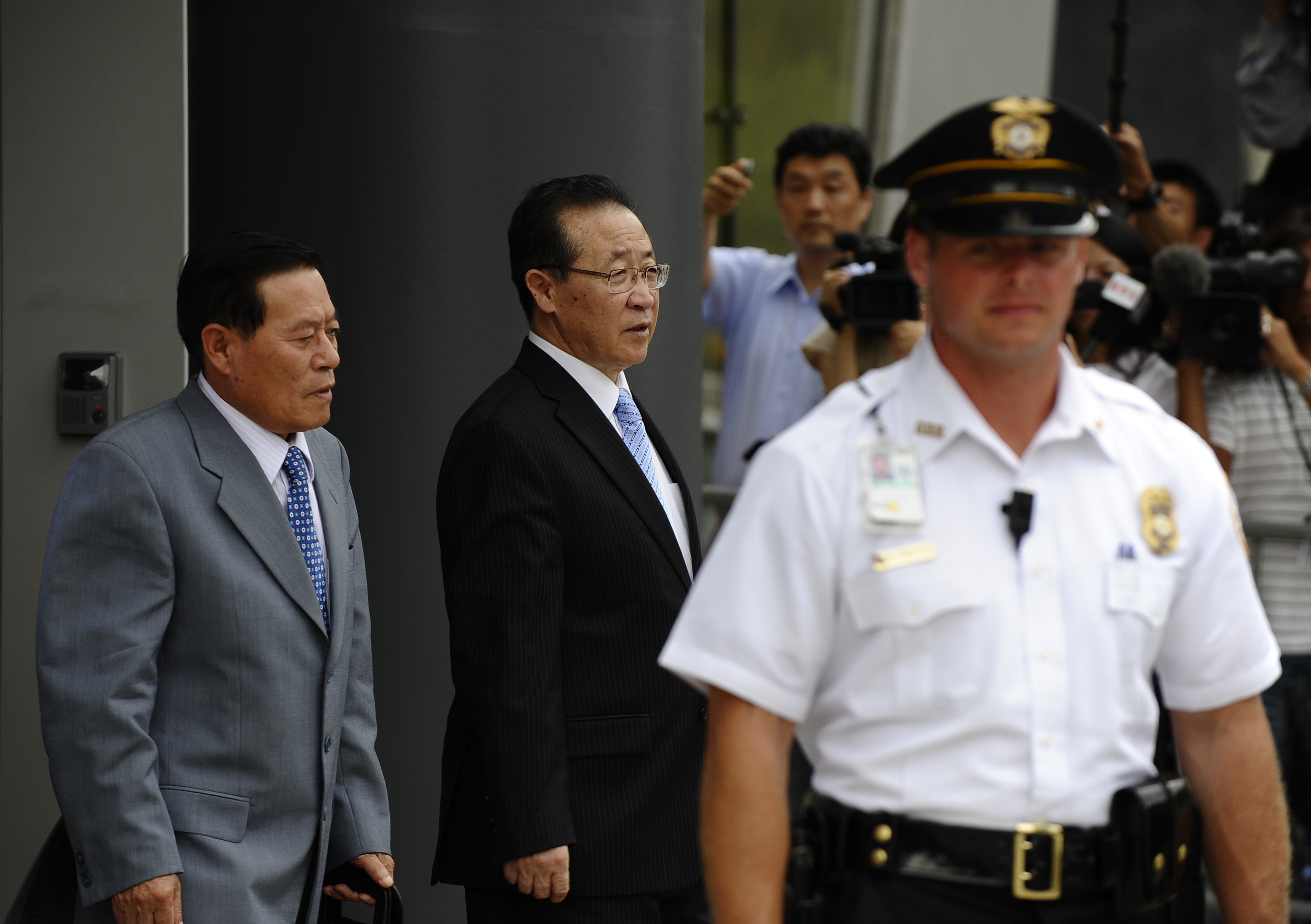 As Ambassador Stephen Bosworth arrived for the talks, he also made no public comments. The State Department said Bosworth, the U.S. special representative for North Korea policy, is heading up a team made up of negotiators from several U.S. government agencies.

In a brief written read-out the of Thursday’s session, the State Department described the first-day’s talks as “serious and business-like,” adding “We look forward to continuing our meetings tomorrow.”

The U.S. State Department is downplaying the New York discussions, even though observers say there is now "momentum" following a tense period of provocations last year in which North Korea sank a South Korean warship and launched a deadly artillery attack on a South Korean island.

On Thursday, the State Department's Mark Toner said the Bali meeting was a "step in the direction" of North-South dialogue. The New York discussions, he told reporters, is "a chance to sound out the North Koreans."

"These are experienced diplomats that are going into these talks," Toner said. "They've been down this road before, and it's a chance for us to gauge their (North Korea's) seriousness."

Toner repeated what has now become the U.S. mantra: "Words are not enough; we need action." But he refused to define what actions the North could take to prove it is sincere about returning to nuclear talks.

"We're looking for a concrete indication that they are going to move forward. ... I think it's premature to say what those steps are going to look like. ... They need to show that they're willing to comply with their commitments under the 2005 Joint Statement," he said.

John Park, a Korea expert and senior program officer on Northeast Asia at the United States Institute of Peace in Washington, tells CNN that the U.S. and South Korea are "managing expectations," but "if there were to be something positive and if there is forward movement, I think we will see other types of exploratory meetings that would lead to a serious consideration of a formal resumption of six-party talks."

Park says the North appears to be carrying out what he said many experts call a "larger charm offensive."

"North Korea is experiencing food problems. Also, they have 2012 development goals they are trying to achieve, and so right now, they are in a stage where they need international cooperation and international assistance."

Another factor Park points to: "Ties between China and North Korea at the highest levels of their respective parties are leading to some traction that some of this Chinese influence is finally paying off, and this is leading right now to a resumption of these efforts, but certainly it has been a very rocky road."

There's a contradiction, however, Park says: "There is eagerness among the six to return to the six-party talks, but the vast majority of the members in those talks are doubtful that North Korea will give up its nuclear weapons anytime soon."

At the New York talks, North Korea is expected to renew calls for food aid from the United States. South Korea shut the door to food aid in 2008, although this week, it allowed a shipment of flour. The United States says it continues to study the North's request for aid.

"We expect to see the North Koreans making some points regarding the food situation," Park said, "as well as the overall economic situation and the need for assistance. But everyone will be watching very, very closely as to how the North Koreans try to convince the countries involved that they are serious about denuclearization and that when they go back to the six-party talks, it will be about a resumption of irreversible denuclearization."