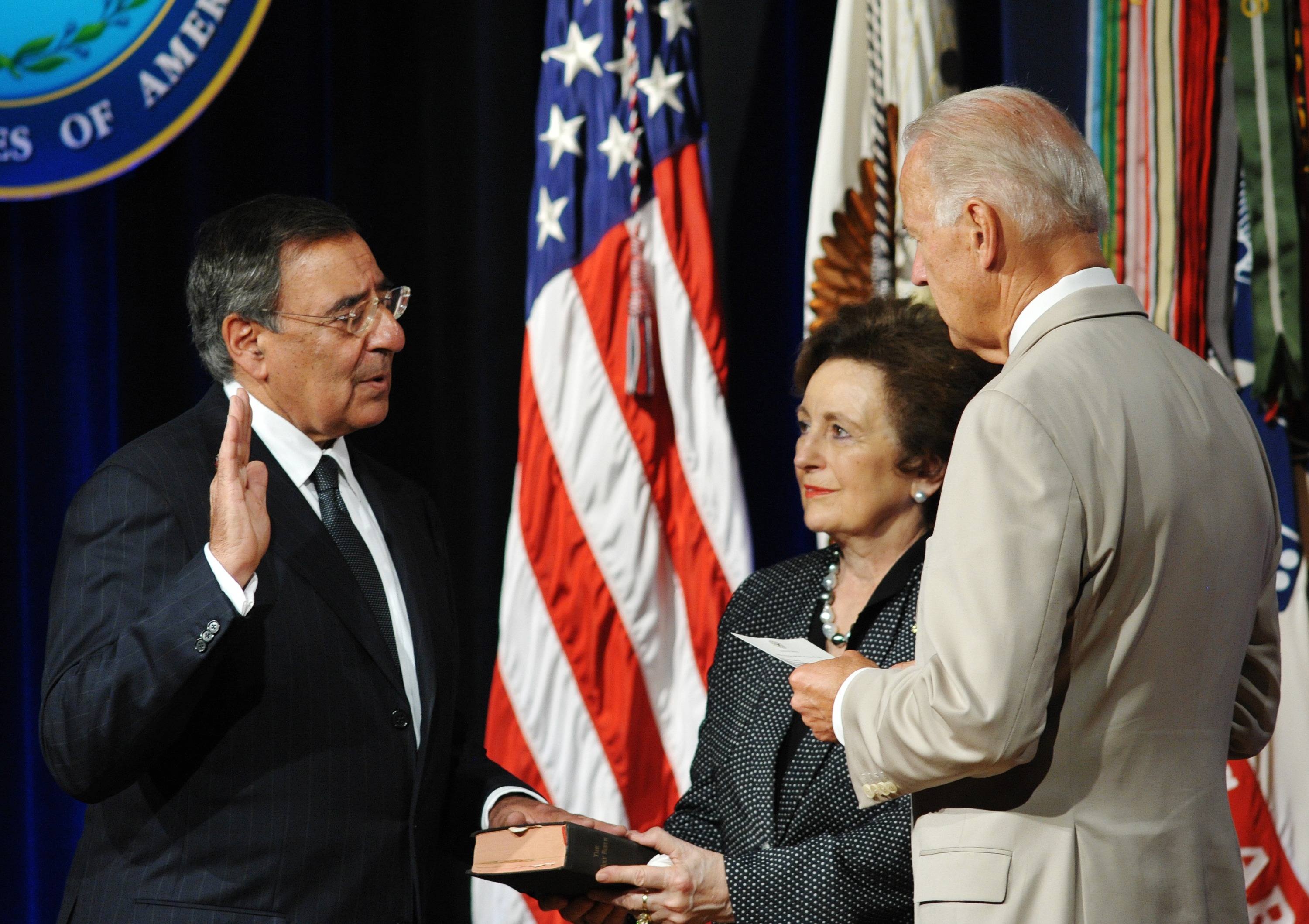 Defense Secretary tells enemies "we will not back down"

Three weeks into the job, new Defense Secretary Leon Panetta was like a high-tech weapons systems Thursday, firing off messages in all directions.

The setting was his ceremonial swearing in at the Pentagon by Vice President Joseph Biden.

To America’s enemies – “We will not back down when our homeland is threatened. We will do whatever it takes to defend this country. And no one attacks the United States of American and gets away with it.”

To al Qaeda – “We are within reach of achieving the strategic defeat of al Qaeda but to do that we have to continue to put pressure wherever they are. And if we do, and continue that commitment, then ultimately we will succeed.”

To Congress – “I can’t do this job without you, it’s that simple. I really believe Congress has to be a full partner in The Department’s mission of protecting America.”

To taxpayers and the national debate over defense cuts … “We will face the fiscal challenges that confront us but we will do it in a way that maintains the strength of our country. Based on my long experience in government and with working with budgets I really believe we don’t have to make a choice between fiscal discipline and national security.”

To the fans of his straight talk – Panetta said that like Vice President Biden, his immigrant parents had taught him to speak plainly and directly. “And sometimes that’s gotten us in trouble. (laughter from the audience) As a result there was some talk here of trying to put a seven-second delay on the microphones for this ceremony, (more laughter) but I can’t imagine why the hell that should be necessary. (laughter)