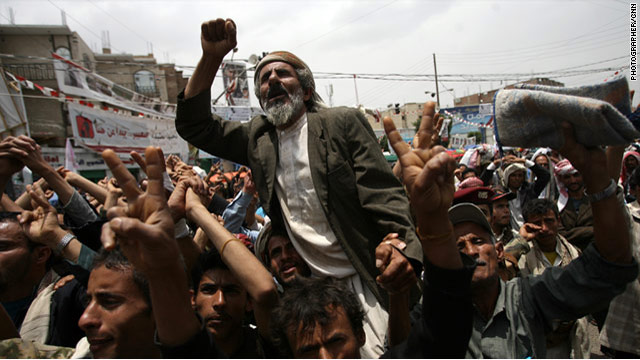 Bullets were fired at Mohammed Yadoumi, president of the Islah party. The incident comes amid widespread tensions in the country, where anti-government forces have been demanding the departure of President Ali Abdullah Saleh from his position.

The Joint Meeting Parties, an umbrella group of six opposition parties of which Islah is a member, condemned the assassination attempt, which took place in Sanaa, the capital. The JMP blamed the government and said the act will deepen the country's political crisis.

Hasan Zaid, the secretary general of the Haq party, another opposition movement, also condemned the act and said Yadoumi has been a main pillar in efforts to forge a political solution in Yemen.

Efforts by the six-nation Gulf Cooperation Council to develop a plan that would end the political stalemate between the government and opposition forces have failed.

"Any attack on any senior opposition leader is a direct attack at all the leaders of the JMP," said Zaid, whose group is one of the six entities in the Joint Meeting Parties.

Saleh himself survived an assassination attempt last month and has been in neighboring Saudi Arabia for medical treatment.

Along with a countrywide, grass-roots anti-government movement, the Yemeni government has been fighting militant groups, including al Qaeda in the Arabian Peninsula.