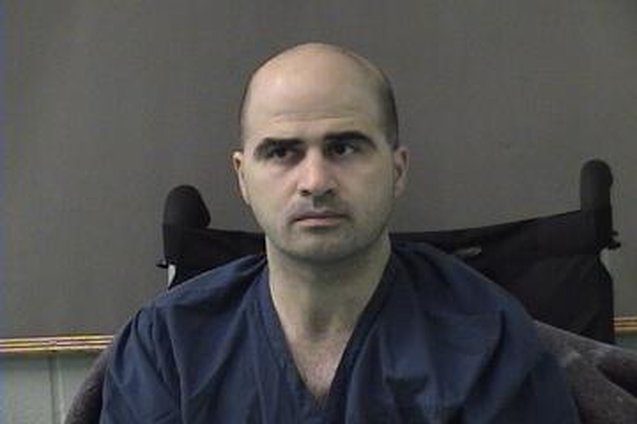 Galligan, the former Army lawyer who has been the lead attorney for Hasan since nearly the beginning of the case, was not present at Hasan's arraignment Wednesday at Fort Hood.

It is unclear why Galligan was ousted. The judge in the case asked Hasan if he had removed Galligan voluntarily and without outside pressure, and Hasan said, "Yes."

The only other thing Hasan said in court was the names of his current lawyers: Col. Chris Poppe, Maj. Christopher Martin and Capt. Justin Oshana.

Hasan, an Army psychiatrist of Muslim background, is accused of killing 13 people and wounding 32 others in November 2009.

Galligan had fought the Department of Defense for months to make sure his client gets a fair trial.
He tried to get the Army to take the possibility of a death sentence off the table. But when Fort Hood Cmdr. Gen. Donald Campbell ordered that Hasan face general court-martial, he also ruled that Hasan would face possible execution if found guilty.

Galligan issued a statement referring to his departure as a "leave of absence," but giving no details of why he is leaving the defense team.

"I have consistently argued that Major Hasan has not been treated fairly. I maintain that belief. As such, I deeply regret that my presence on the Defense Team has been interrupted. However, Major Hasan fully understands that I stand ready and anxious to resume an active role."

Galligan also said he and his family have been vilified for defending Hasan.

In a telephone interview with CNN, Galligan maintained that he was not fired from the defense team. He was only released and he may be back, he said. However, Galligan would provide no reason for his removal other than to say it had nothing to do with his health or the fact that his family has been attacked. Galligan went on to say there are a lot of issues: "Stay tuned."

Other than the change of attorneys, the arraignment was formal and quick. Hasan's new lead attorney Poppe said they wished to defer entering a plea or any new motions in the case.

Hasan did not have the option of pleading guilty. When a person faces a possible death penalty under the Uniform Code of Military Justice, the law prohibits a guilty plea.

Hasan appeared in court in standard-issue Army camouflage fatigues. The rest of the officers involved in the case have been ordered to wear more formal Army dress uniforms during hearings and the trial.

He appeared alert during the proceeding, speaking frequently to Poppe.

Witnesses at a preliminary hearing have identified Hasan as the man who walked calmly through a medical building on the country's largest military base, shooting and frequently reloading his handgun as he shouted "Allah Akbar," which means "God is great" in Arabic.

Hasan was shot by Fort Hood police officers and has been paralyzed from the center of his chest down since the attack. He now uses a wheelchair.

Aside from protecting Hasan's rights, Galligan has fought to get him proper medical treatment while he awaits trial. For example, it took a lot of time just to get a blanket to keep Hasan warm during hearings in the well-air-conditioned courtroom.

When Hasan was brought into court on Wednesday, he had no blanket but was wearing an olive green stocking cap on his bald head. He took it off during the hearing and put it back on just before wheeling himself out of the courtroom.