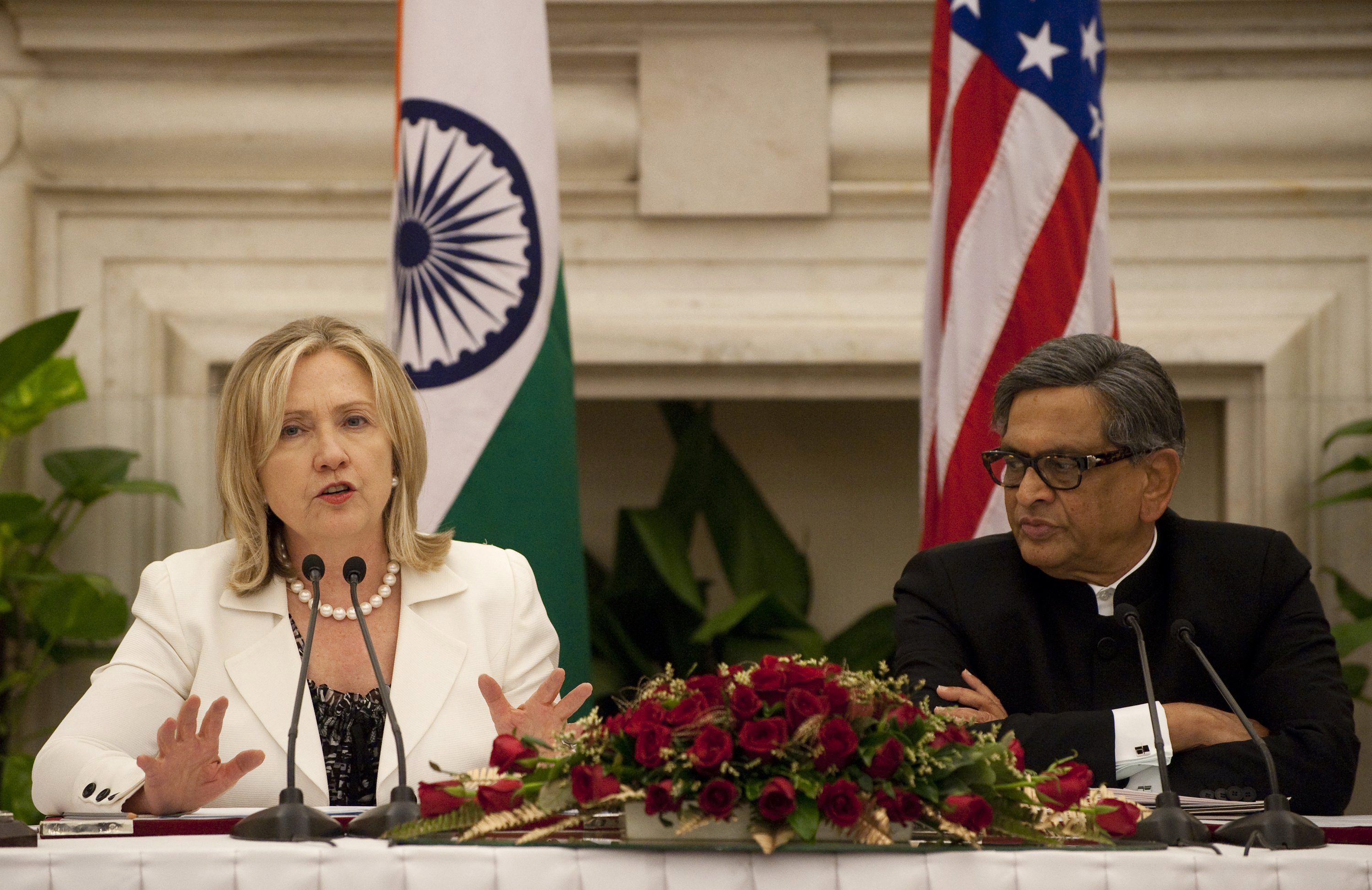 “When we know of the location of terrorists whose intentions are clear,” the Secretary of State said, “we need to work together in order to prevent those terrorists from taking innocent lives and threatening institutions of the state.”

On May first U.S. special forces killed alQaeda head Osama Bin Laden who was hiding out at a compound in Abbottabad, Pakistan. The fallout from that operation damaged relations between the U.S. and Pakistan, with some on the U.S. questioning whether Pakistan’s security service, the ISI, knew the top terrorist was in their country.

Secretary Clinton tempered her remarks by noting that the U.S. sees Pakistan “as a key ally in the fight against terrorism” but said the U.S. “has made the point repeatedly” to Pakistan that “terrorists threaten both of us.”

Pakistan’s leadership often cites the threat it perceives from India as one reason that it must devote significant portions of its defense forces to protecting the border between the two nations, diminishing the resources it devotes to fighting terrorists in the lawless mountain regions of Pakistan.

Clinton said she was “encouraged” by the dialogue between India and Pakistan and said she discussed the issue with India’s National Security adviser and that the Foreign Minister briefed her on it.

“We think this is the most promising approach to encourage both sides to build more confidence between them and work to implement the kinds of steps that will demonstrate the improved atmosphere that is so necessary for us to deal with the underlying problem of terrorism.”

To emphasis the importance of the counter terrorism agenda, James Clapper, the U.S. Director of National Intelligence, joined Clinton in the discussions with Indian officials.

Leave a Reply to sbast18