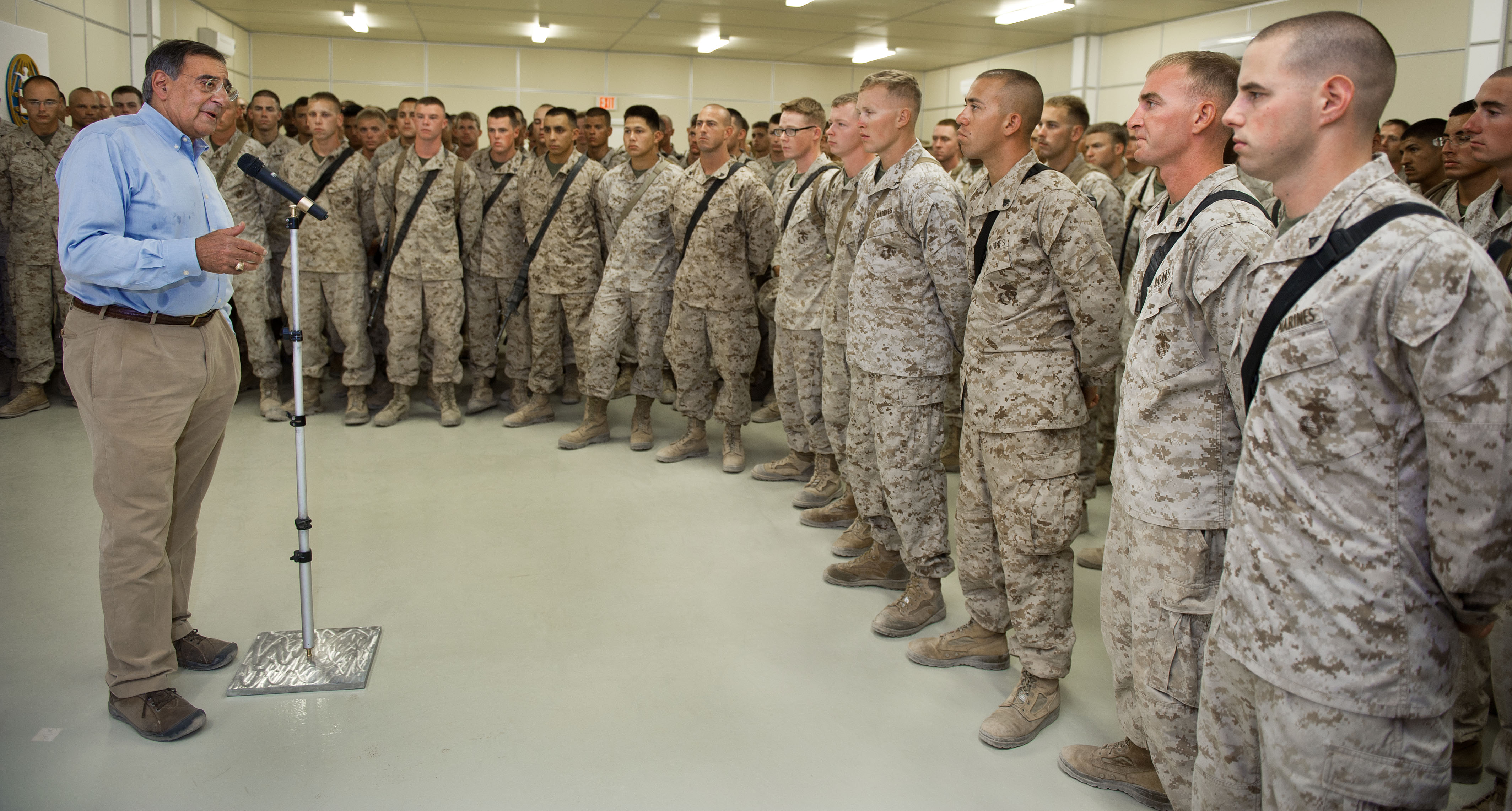 New Defense Secretary Leon Panetta has the self-confidence and the long Washington experience to call 'em like he sees 'em.

But on his trip to Iraq and Afghanistan earlier this month, his Pentagon aides seemed to want Panetta to call 'em with language a bit less colorful.

So there appeared to be an official plan to sanitize Panetta in both content and style, and maybe zap the occasional damn, hell and beyond.

Aides began to back away from this unofficial policy this week after a journalist group's complaint on Friday.

Journalists have been complaining that some official Department of Defense transcripts are being held back and others are not completely accurate.

Finally, transcripts that in the past that were usually released in a few hours began popping up on the department website late Monday, 10 days after the words had left Panetta's mouth.

The department said it was just following standard procedure of not providing an official transcript of every exchange secretaries have with the troops in the field.

Now change is on the way - at least in the transcripts.

During his overseas trip, his first to the war zones since leaving the CIA and taking on the defense secretary job, Panetta talked straight.

But there was no transcript released of Panetta referring to delays in a possible Iraqi request for U.S. forces beyond an end-of-the-year withdrawal date. Panetta said, "Damn it, make a - make a decision."

He seemed to rewrite history when he told U.S. troops why they were in Iraq. "The reason you guys are here is because on 9/11, the United States got attacked," he said. No official transcript was released of this.

And he muddied the withdrawal picture from Afghanistan by saying that 70,000 U.S. troops will remain until the end of 2014, when the Obama administration has pledged withdrawal will be completed. Same story there - no transcript.

And he told NBC's Jim Miklaszewski he was gonna keep at it.

The Pentagon Press Association kicked up a fuss about the omissions and changes.

"By our count, half of his press events or Q & A sessions with troops were never released," the association said in a formal complaint to the Office of the Secretary of Defense. "And in some cases when the transcripts were released, they were incomplete."

The journalists said they wanted both transparency ... and, let's face it, the help in writing their stories.

"They are important records of the secretary's public events. To not have them made our reporting difficult," the association letter said.

Defense Department spokesman Col. David Lapan said Monday that he expected additional transcripts and updated transcripts to be available later. By the end of Monday there were six separate transcripts of Panetta, some of events that took place as early as July 8.

So now there is a chance to at least read the unvarnished account of what Panetta says to the troops.

"You are making a helluva difference," Panetta told a crowd of military personnel gathered around him at Forward Operating Base Dwyer in Afghanistan.

And no one there seemed to mind his choice of words or his story about a rabbi and a priest at a boxing match. That didn't make the cut either in the first round of transcripts. The punch line of that joke is that the priest says making the sign of the cross "doesn't mean a damn thing - if you can't fight."