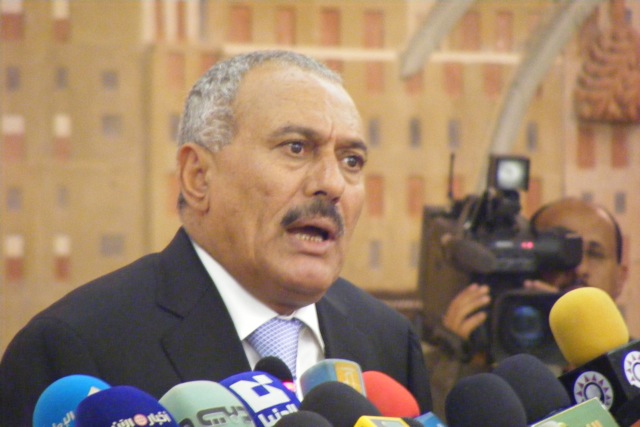 Future of Yemen President in doubt

WASHINGTON (CNN)– It is unclear if and when Yemeni President Ali Abdullah Saleh will be able to return to Yemen according to a U.S. official.

Saleh is recovering in Saudi Arabia after undergoing surgery for serious injuries sustained when the presidential compound in Sanaa was bombed last week. U.S. government officials say Saleh suffered burns on more than 40% of his body and a collapsed lung.

The U.S. official said his severe burns and the political pressure brought on by the unrest throughout Yemen could preclude Saleh returning as President.

Saudi Arabia has been trying to persuade Saleh to step down as President, a move the Yemen leader has resisted. On Monday U.S. Secretary of State Hillary Clinton reiterated American support for change in Yemen.

"We think an immediate transition is in the best interest of the Yemen people, because the instability and lack of security currently afflicting Yemen cannot be addressed until there is some process that everyone knows is going to lead to the economic and political reform they are seeking,"said the Secretary.
Yemen Vice President Abd Rabbo Mansour Hadi is "probably not a long term player, but a caretaker for the regime," although it's possible he could become a post Saleh candidate in any future election.

The official said the unrest makes it "more difficult" for U.S. counter terrorism efforts in Yemen. "We rely on the Yemeni government as partners. The more the government is distracted by the political unrest, the more difficult it is for us."

The official acknowledged that al Qaeda in the Arabian Peninsula (AQAP) has had free reign in certain parts of Yemen before the current unrest started. They probably have "slightly more free reign now."

According to the official, AQAP is trying to take advantage of the current situation. The terrorist group is strongly opposed to the Saleh government and wants to see it collapse. The official said AQAP will try to establish a foothold in other areas of Yemen whether by themselves or with others.

Although AQAP is a small group in Yemen–"there are not thousands of them, said the offical–they are a "potent force."

The Yemeni government has had a "big impact on acquiring information on AQAP," said the official, adding, "if that information flow slows or stops, it inhibits our ability to gather information."