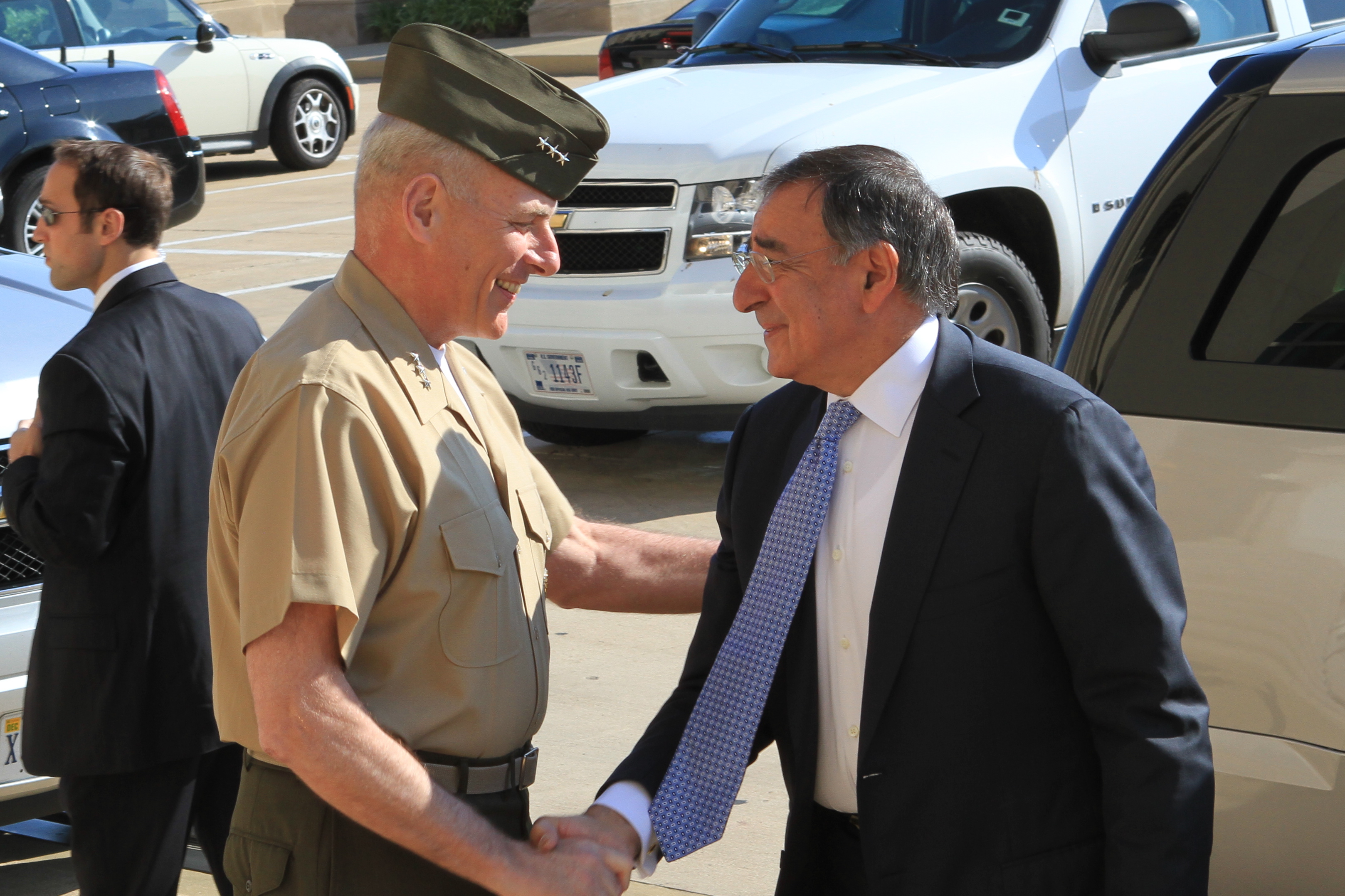 Today, I was honored to take the oath of office to become the 23rd Secretary of Defense. I am mindful of the great responsibility the President has entrusted to me, and I will work with you – America's men and women in uniform and this Department's civilian employees – as I lead the Department of Defense in its mission to protect our citizens and our nation's interests around the world. My long career in public service began in the 1960s when I proudly donned the uniform of this country as a young Army intelligence officer. In the decades since, my respect for the military has only grown stronger.

Bob Gates, my outstanding predecessor and good friend, has been a tireless advocate for our troops and their families, and I pledge to be the same. You and your families will always be foremost on my mind and at the top of my agenda.

In the weeks and months ahead, I look forward to visiting with troops and civilian employees of every rank and hearing your ideas, thoughts, and concerns. As your leader, I will ensure that our nation continues to have the best-trained, best-equipped, and strongest military in the world – a force prepared to confront the challenges that face us. As CIA Director, I saw first-hand the tremendous capabilities of our military, and I was always impressed by the professionalism and patriotism of the men and women of the Armed Forces.

Our nation is at war. We must prevail against our enemies. We will persist in our efforts to disrupt, dismantle, and ultimately defeat Al Qaeda. The successful operation that killed Osama Bin Laden – a mission that showcased American military strength and precision – is a major step toward that goal. As we begin the transition in Afghanistan, we must remain committed to working closely with our Afghan and international partners to ensure that it never again becomes a safe haven for Al Qaeda and its militant allies. As we continue our transition out of Iraq, we must cement a strategic relationship with the Iraqi government, one based not solely on our military footprint there but on a real and lasting partnership. It is in America's interests to help Iraq realize its potential to become a stable democracy in a vitally important region in the world, and to reinforce that responsibility for the future security of Iraq must belong to the Iraqis themselves.

As Secretary of Defense, I will do whatever is necessary to protect America and to meet the needs of the men and women who serve in harm's way, and the families who support them. Even as the United States addresses fiscal challenges at home, there will be no hollow force on my watch. That will require us all to be disciplined in how we manage taxpayer resources. Throughout my career in public service – as a member of Congress, Director of the Office of Management and Budget, White House Chief of Staff, and, until yesterday, Director of the Central Intelligence Agency – I have focused on achieving that balance. I will continue that approach at the Pentagon. We must preserve the excellence and superiority of our military while looking for ways to identify savings. While tough budget choices will need to be made, I do not believe in the false choice between fiscal discipline and a strong national defense. We will all work together to achieve both.

This July 4th weekend, we celebrate our independence, the freedoms we enjoy, and America's promise. My parents, immigrants from Italy, came to the United States to seek a better life. They taught me that it was important to give something back to the country they adopted. I will never forget my father's words: "to be free, we must also be secure." As Americans come together to commemorate what we and those before us have accomplished, and as I take on my new role, my thoughts are with you and your families. You are making personal sacrifices to preserve our liberty, serving on front lines around the world. You are fighting to keep America safe. Rest assured that I will fight with you and for you.

May God bless you and the nation we serve.

Leave a Reply to Dionne Aspegren