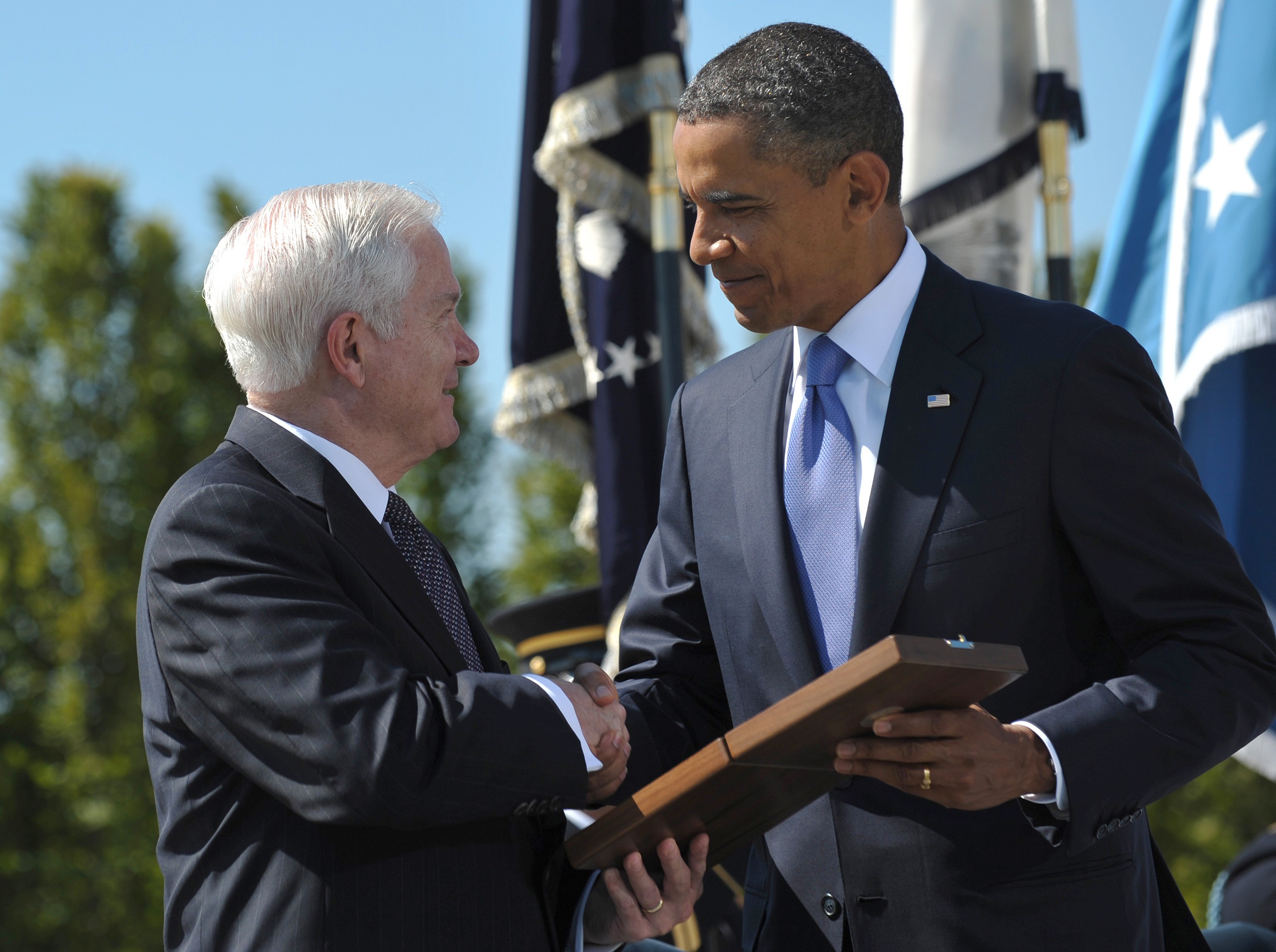 In his last full day on the job, outgoing Defense Secretary Robert Gates was honored with the Presidential Medal of Freedom, America's highest civilian honor, on Thursday during a tribute in front of the Pentagon.

"I'm deeply honored and moved by your presentation of this award," Gates said after President Barack Obama announced the award.

"It was a big surprise. But we should have known. ... You're pretty good at this covert ops stuff," Gates joked.

Considered the ultimate Washington insider, Gates, himself a former CIA chief, replaced Donald Rumsfeld in 2006, and served as secretary of defense in the administrations of both George W. Bush and Barack Obama.

Gates on Thursday described the transition between the Bush and Obama teams as "a first of its kind" during a war in over 40 years.

Obama called Gates "one of the nation's finest public servants," noting his "profound sense of duty" that led him to continue serving in the Obama administration despite his desire to return to civilian life.

"Today we see the lifesaving difference he made," Obama said.