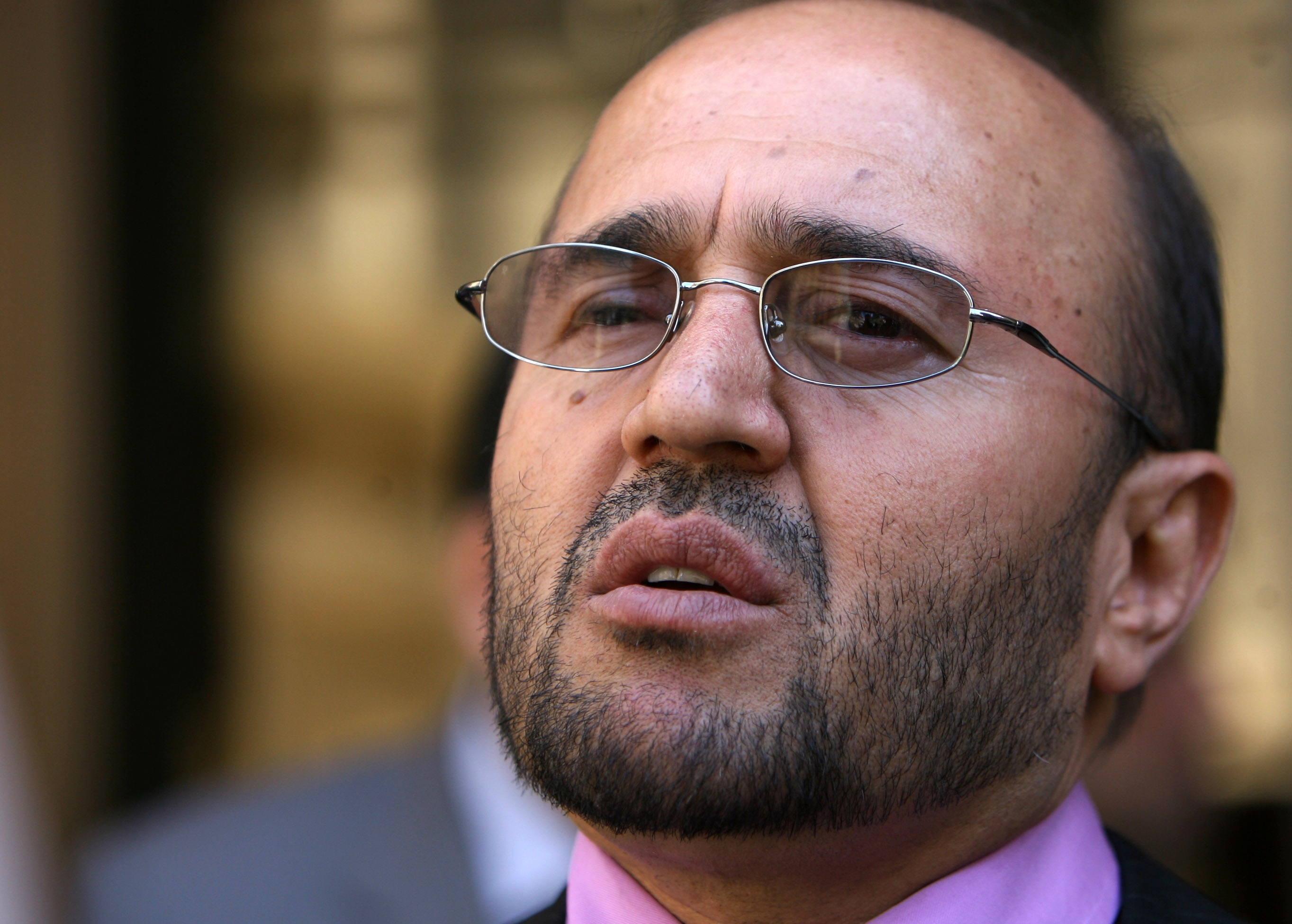 The former governor of Afghanistan's Central Bank told CNN Tuesday that "credible information from credible sources" led to his resignation and subsequent flight to the United Stated - claiming he feared retribution for his investigation of a corruption scandal that involved high-level officials in the Afghan government.

Abul Qadeer Fitrat said he called for a "public and transparent open prosecution" of Kabul Bank, which allegedly extended fraudulent loans to well-connected businessmen, ministers, and even relatives of Afghan President Hamid Karzai.

"I wanted to insist on a prosecution of those who are extremely powerful, and who are well connected to high political authorities of Afghanistan," Fitrat told CNN's Chris Lawrence. "I wanted public prosecution under the eyes of the international community."

The bank, Afghanistan's largest private financial institution, suffered a run by its depositors last September after the central bank replaced senior managers amid allegations of corruption surrounding more than $900 million in loans, many of them interest-free and made without proper documentation, no collateral or repayment plans, to shareholders including Karzai's brother, Mahmoud, and Muhammed Qasim Fahim, the first vice president. The recipients allegedly used the loans to finance lavish lifestyles outside of Afghanistan.
END_OF_DOCUMENT_TOKEN_TO_BE_REPLACED

Afghan Interior Minister: All six attackers have been killed

"All six attackers have been killed and the situation is secure," Interior Minister Bismullah Khan said Wednesday.

Two police were wounded in the attack, he said. "There may have been other casualties," he added.

Room to room search under way in Kabul hotel

A spokesman for the ISAF international military force tells CNN about 20 or so Afghan soldiers who cleared the roof of Kabul's Intercontinential hotel are going from room to room of the hotel. “That could take hours,” said the spokesman Maj. Tim James.

Maj. James said there are a small number of ISAF “mentors” working with the Afghan soldiers at the hotel.

There are no reports of any injuries or deaths among the Afghan or ISAF troops, James said.

He said three gunmen on the roof were killed; one other was killed at the beginning of the attack.

Earlier, two ISAF helicopters (type and nationality unknown) attacked the enemy on the roof of the Kabul Intercontinental Hotel, according to Maj. Tim James, spokesman for ISAF in Kabul.

Maj. James said at least 20 Afghan soldiers worked their way from the ground up through the hotel and onto the roof.

About four hours after the attack began, International Security Assistance Force helicopters fired at insurgents on the roof, killing as many as three of the gunmen, ISAF spokesman Maj. Tim James told CNN.

In addition, at least 20 Afghan forces had entered the hotel and were working their way up floor by floor, he said.

Two of the approximately six would-be suicide attackers whose attack on the hotel began at 10 p.m. Tuesday were shot dead by police; another detonated his explosives and two were still resisting from the top levels of the hotel, said Afghan Lt. Gen. Mohammad Ayoub Salangi, the city's chief of police, shortly before the ISAF spokesman told of the helicopter attack on the roof. END_OF_DOCUMENT_TOKEN_TO_BE_REPLACED

There is "no specific or credible information" terror groups are planning to attack the United States during the summer holiday season but law enforcement agencies should remain vigilant, the FBI and Department of Homeland Security say in an intelligence bulletin.

The death of al Qaeda leader Osama bin Laden could spur lone offenders to try an attack on a holiday like July Fourth to "increase the symbolic impact," they say.

In the intelligence bulletin, dated Monday and obtained by CNN, federal officials note that as recently as February 2010 al Qaeda was interested in striking U.S. targets on symbolic dates such as the July Fourth holiday. That information was discovered in the cache of materials seized by U.S. Navy SEALs during their May raid of bin Laden's house in Pakistan.

There is no information the al Qaeda goal led to the development of actual plots against the United States, and it is unclear how many al Qaeda members or other terrorists shared that aspiration, the bulletin says. END_OF_DOCUMENT_TOKEN_TO_BE_REPLACED

CNN has learned that U.S. military aircraft conducted a strike near Kismayo in southern Somalia last week as part of new secret joint Pentagon and CIA war against a terrorist group the U.S. believes is targeting Europe and the United States.

The U.S. hit a stronghold of al Shabaab, a Somali-based al Qaeda affiliate now in the U.S. crosshairs.

U.S. military and CIA personnel have gone to Somalia in recent months, gathering intelligence and meeting key Somali contacts, according to two U.S. officials. The White House believes that al Shabaab and al Qaeda are now hand in glove.

Handover of Power at the Pentagon

When Defense Secretary Robert Gates gets on a plane for his final return to his private home in Washington state on Thursday afternoon he actually will still be Defense Secretary. Gates will travel by military aircraft with full security and communications teams because incoming Defense Secretary Leon Panetta will not be sworn into until Friday morning in a private quick ceremony. Once Panetta is sworn in by Pentagon general counsel Jeh Johnson and signs a few papers, then he will officially take the chair, according to Defense Department officials.

Its an important thing to keep track of because the secretary of defense must be reachable at all times in the event of crisis, as well as being part of the succession of government if other senior members of the government are dead.

There will be a more formal “arrival” ceremony for Panetta at the Pentagon in early July with plenty of pomp, circumstance and military gold braid and stars in attendance.