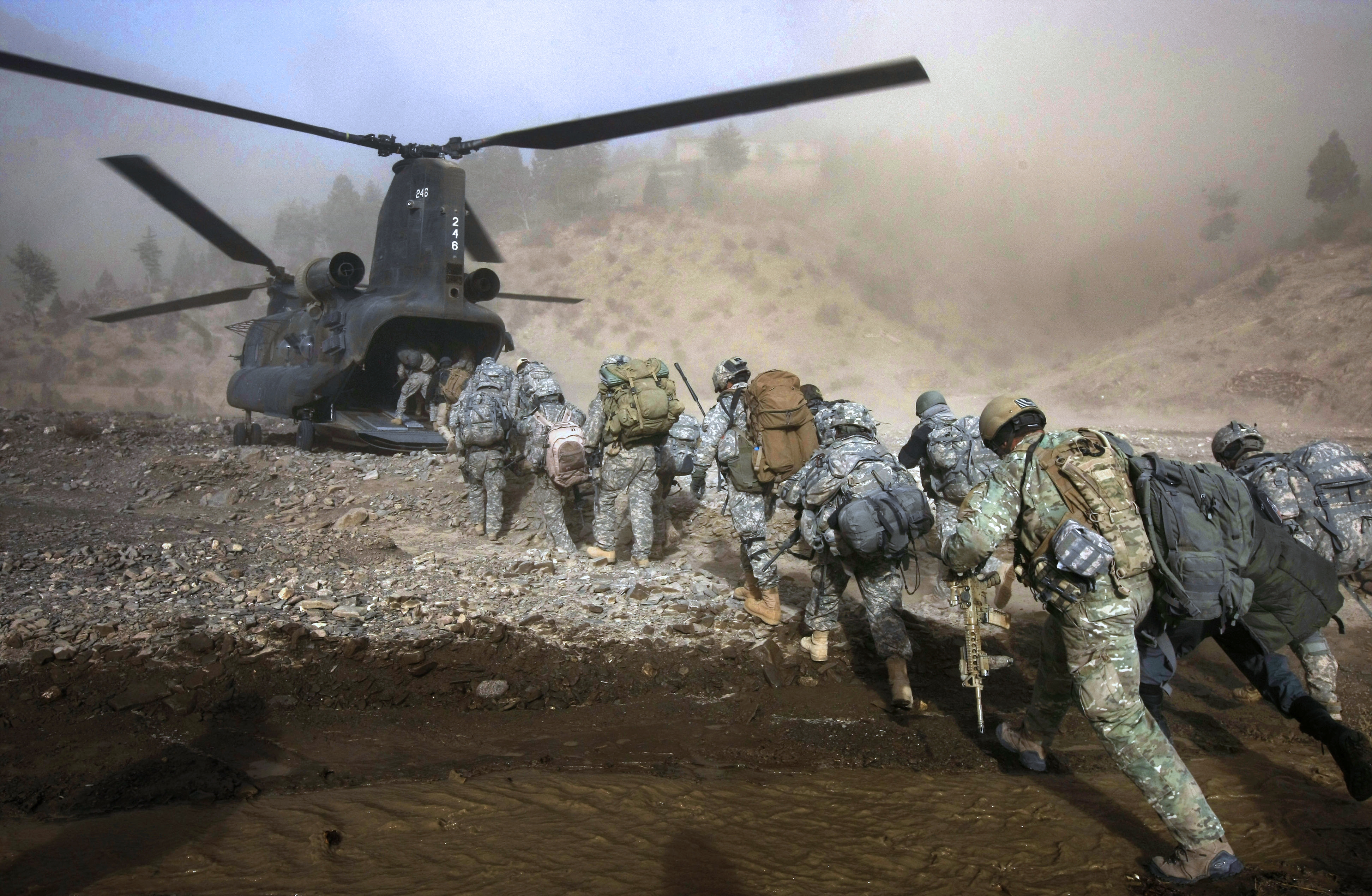 What happens to 'civilian surge' as military surge ends?

As U.S. “surge” troops start heading home, the State Department’s “civilian surge” will stay on in Afghanistan, at least for another three years. Currently there are approximately 1,300 State Department and USAID experts working out of the U.S. Embassy in Kabul and in the Afghan provinces, advising Afghan citizens on agriculture, the rule of law and governance.

Their mission: to help Afghans to govern themselves effectively so they won’t turn to the Taliban for help that the Afghan government should be providing.

Secretary of State Hillary Clinton calls their work “crucial” and the man who developed the idea, General David Petraeus, thought civilians were a key element in stabilizing a country.

But at a time of tight budgets in the U.S., some critics question why U.S. taxpayer dollars should pay for programs to help Afghans.
END_OF_DOCUMENT_TOKEN_TO_BE_REPLACED

The real question: How to achieve Afghanization

Editor's note: Bing West is the author, most recently, of "The Wrong War: Grit, Strategy and the Way Out of Afghanistan." He served as an assistant secretary of defense in the Reagan administration and was a Marine infantry officer in Vietnam.

By Bing West, Special To CNN

The more important issue - how to do it - is likely to be quietly decided this fall based on recommendations from a new military team consisting of the secretary of defense, the chairman of the Joint Chiefs of Staff, the United States Central Command, and the commander in Afghanistan.

Here are the factors that will matter.

First, the United States' goal is to prevent Afghanistan from becoming a terrorist sanctuary as the U.S. draws down. Unlike the situation in the 1990s, Pakistan won't give the Taliban the arms and vehicles for a conventional assault along major highways to seize Kabul. The Pakistanis are in no mood to antagonize the U.S., and our air power would devastate any such overt attack.

Arrest of Pakistani officer revives fears of extremism within military

Brigadier General Ali Khan was close to retiring at the end of a distinguished career in the Pakistani Army when he was detained early in May - and accused of links with an outlawed Islamist group.

His arrest, which became public Tuesday, shocked fellow officers at army headquarters and again raises the specter that senior ranks of the Pakistani officer corps may be infiltrated by Islamist militants.

Brigadier Khan is the most senior officer to face such allegations since 1995, according to a CNN analysis of previous cases. END_OF_DOCUMENT_TOKEN_TO_BE_REPLACED