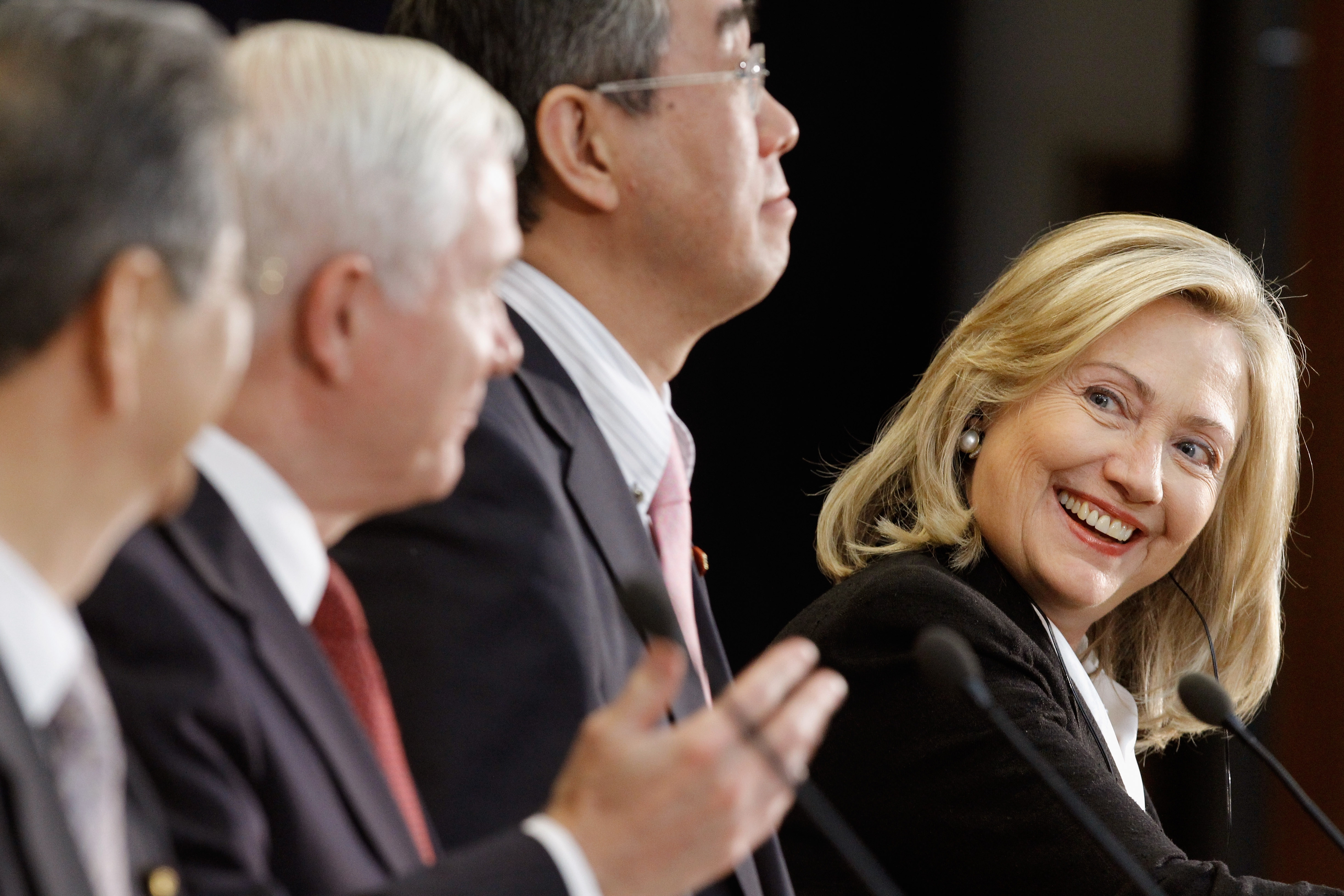 Secretary of State Hillary Clinton Tuesday ditched “quiet diplomacy” and spoke out publicly in support of Saudi Arabian women protesting the unwritten ban on their right to drive in the Kingdom.

“What these women are doing is brave and what they are seeking is right” said Clinton, in answer to a question from CNN at a press availability at the State Department. “This is about Saudi women themselves, they have joined together, they are acting on behalf of their own rights.”

Until now, the State Department said Clinton was engaged in “quiet diplomacy,” working behind the scenes, raising the issue last week in a telephone conversation with Saudi Prince Saud al-Faisal.

Monday State department spokeswoman Victoria Nuland told reporters “There are times when it makes sense to do so publicly and there are times for quiet diplomacy.”

But "Saudi Women for Driving,” which describes itself as a coalition of women’s rights activist, bloggers and academics campaigning for the right to drive, told the Secretary of State they were “disappointed” by her public silence. Clinton has made women’s rights a top issue for American diplomacy.

"Quiet diplomacy is not what we need right now," the group said in a letter. “What we need is for you, personally, to make a strong, simple and public statement supporting our right to drive.”

The movement was sparked by the May 22 arrest of a Saudi technology consultant and mother named Manal al-Sharif who was detained for driving her own car.

Supporters started a campaign on the Web, collecting, they claim, 100,000 signatures from 156 countries calling for al-Sharif to be released and acquitted of all charges. Last Friday, some Saudi women turned the key in the ignition and set out on a motorized protest.

Secretary Clinton’s public silence had raised questions that she might be sidestepping the controversy to avoid angering the Saudi government at a time when the U.S. needs help on Mideast issues. The U.S. has avoided criticizing Saudi Arabia amidst the “Arab Spring” uprisings in other Mideast and North African nations.

Tuesday, however, Clinton shot that down, saying “This is about Saudi women themselves, they have joined together, they are acting on behalf of their own rights,” adding: “This is not about the United States, it's not about what any of us on the outside say, it is about the women themselves and their right to raise their concerns with their own government.”

The right to drive, she said, provides access to economic opportunity, including jobs.