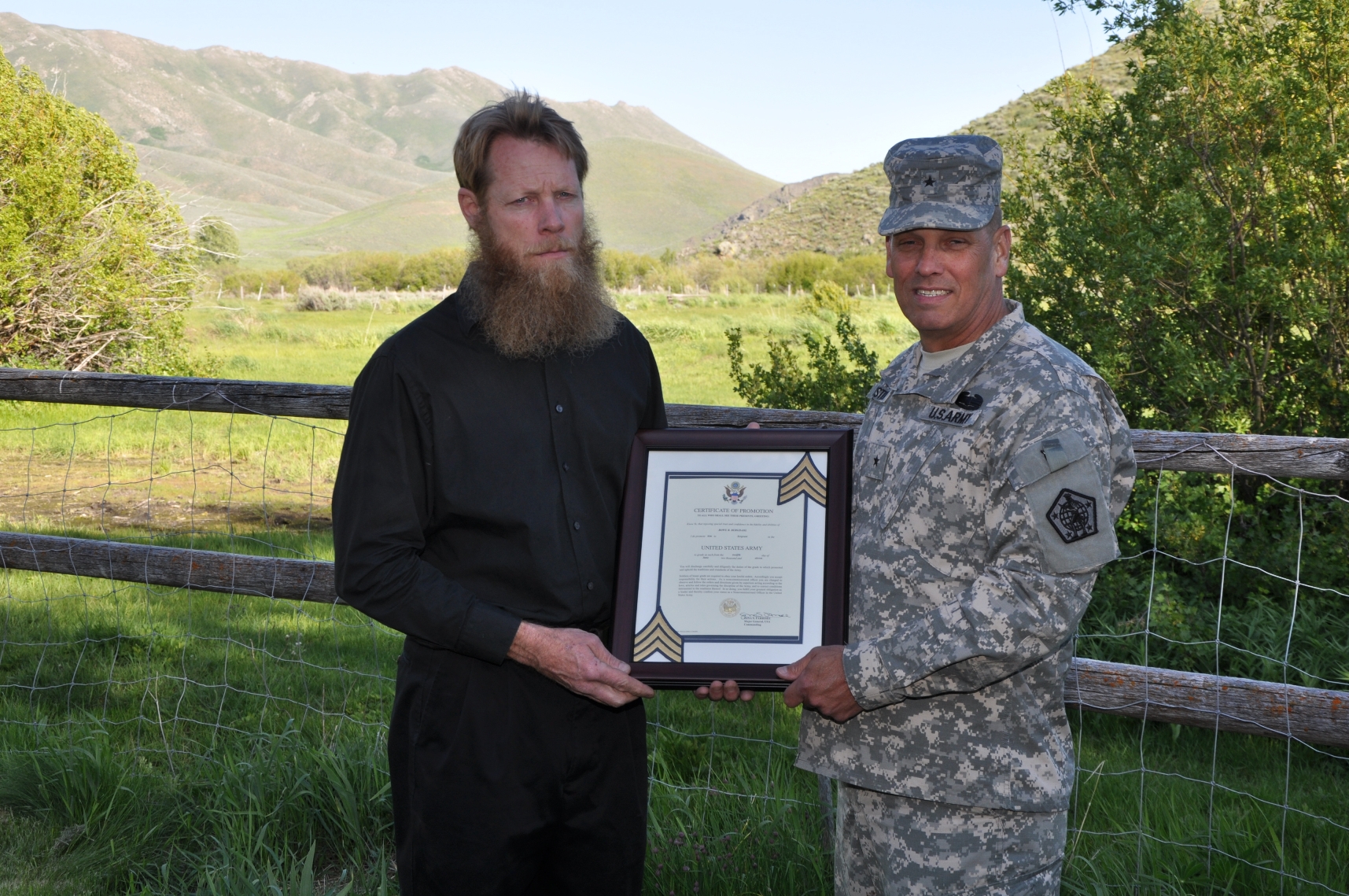 America's only captured soldier in Afghanistan gets promoted

It's been nearly two years since Bowe Bergdahl, then a Private First Class, disappeared from his base in southeastern Afghanistan, near the Pakistan border. It appears he is being held by insurgents loyal to the Taliban.

Thursday, for the second time since his capture, he has been given a promotion. He is now a sergeant. Thursday Brig. Gen. Rick Mustion, the adjutant general of the Army, traveled to Bergdahl's hometown, Hailey, Idaho, to deliver Bowe's promotion certificate to his parents.

The Army has been giving Bergdahl promotions that would have come to him had his Army career gone as planned. If he comes home safe, the Army, which has been holding his pay in an account, will give him all the back pay that he's earned. He remains assigned to 1st Battalion, 501st Parachute Infantry Regiment, 4th Brigade Combat Team, 25th Infantry Division, Fort Richardson, Alaska.

As a PFC he would have been earning about $20,000 a year. With his promotions, and two more years of service, he'd now be earning about $28,000. That doesn't include any hazardous duty pay or other benefits to which he's entitled.

Sgt. Bergdahl's captors have released five videos of him to prove he is still alive. The most recent video was apparently recorded last December.

Just last month, Bergdahl's father, Robert released a video aimed at the Haqqani network, which some believe is holding Sgt. Bergdahl. In hit he asked for his son to be freed "our son is being exploited. It is past time for Bowe and the others to come home," Robert Bergdahl said in the video.