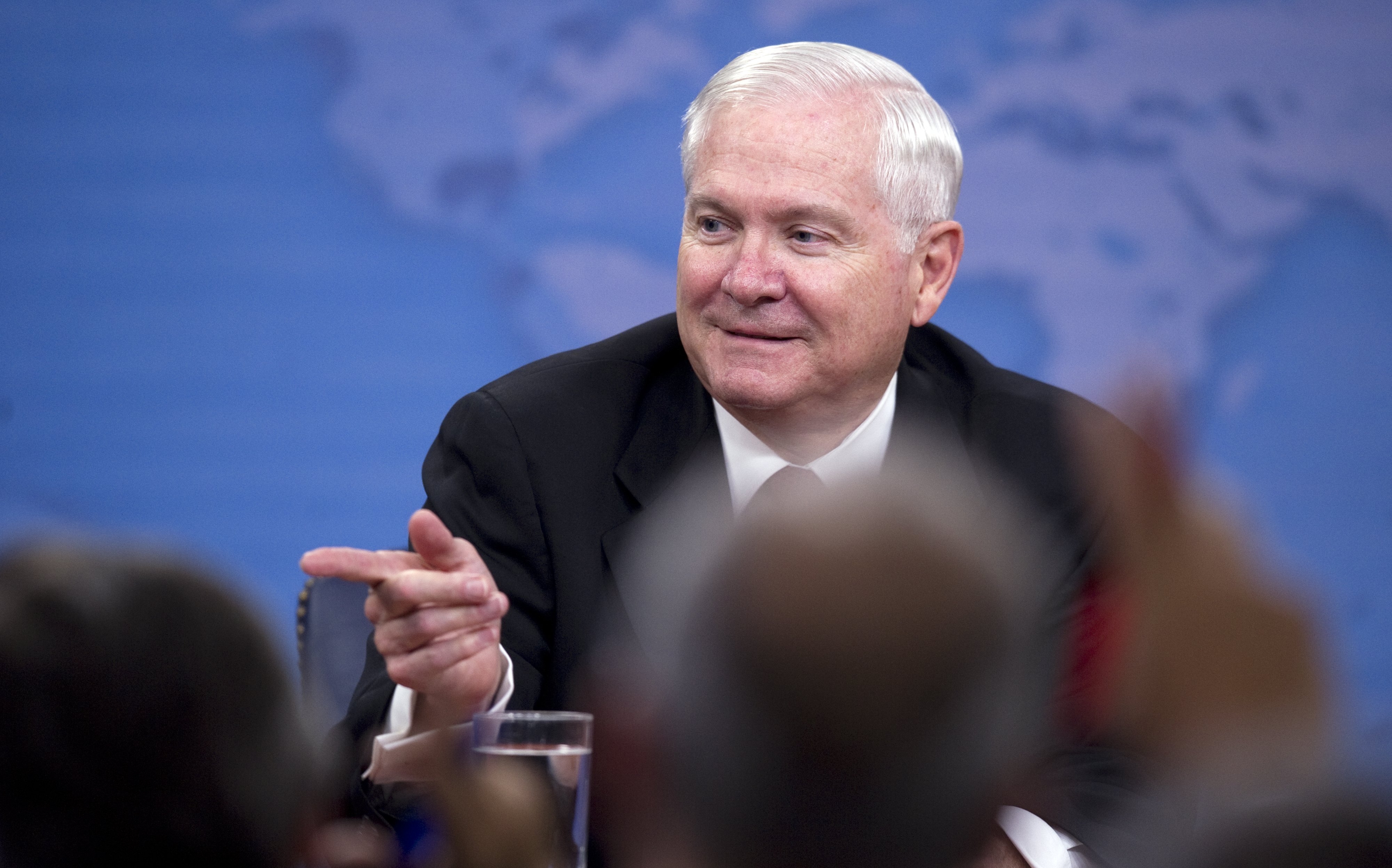 Gates says farewell to Pentagon press corps with thanks and humor

Robert Gates, no stranger to firing people in his tenure as secretary of defense, started his final news media briefing with a joke. "I'll begin this afternoon with a brief personnel announcement. We thought about the lectern, and I would announce that I was firing myself, but..." Laughter covered the rest of his remark.

It was obvious even before the start Thursday's briefing would be no normal news conference from Gates. His press people had told the reporters who cover the Pentagon this would be the last briefing.

Extra cameras were in place long before the scheduled 2pm start.

And even the regulars from the networks and the wire services went in an hour early to claim good seats– lest they lose out to some of the reporters who only show up for these briefings on rare occasions.

The precaution proved necessary, by 1:55 when Gates started early, it was standing room only in the Pentagon briefing room.

More than a few journalists and people from the Pentagon press office who usually watch these events on TVs at their desks filled the back of the room.

Gates began with a formal announcement that Adm. Jonathan W. Greenert is his pick to be the next Chief of Naval Operations.

Then he took time to tell the media what he thought of them. "I would actually like to take this opportunity to say a few words to the Pentagon press corps. And don't worry, it's all good," Gates, a CIA director in his former government life, said. "Like anyone else in government, I hate leaks, maybe more than most. But I have great respect for your role as a watchdog on behalf of the American people."

He said he learned early on how the media could help him better run the Pentagon. "Newspaper reports exposed two glaring bureaucratic shortcomings, in the outperformance treatment of wounded warriors at Walter Reed and resistance to purchasing life-saving MRAPs for troops downrange," Gates said. "Responding to both of these critical issues, which only came to my attention through the media, became my top priority and two of my earliest and most significant management decisions."

What followed then was, in spite of the crowds, a typical Gates briefing. He was asked about Pakistan, Yemen, the budget. He answered most, dodged a few. But there were no questions looking back at his accomplishments or mistakes.

It was an amiable parting punctuated by a little post-briefing punch, cake and photos. Then the Secretary went back to his office, knowing he had two more weeks of work facing him and more than a few more important goodbyes.