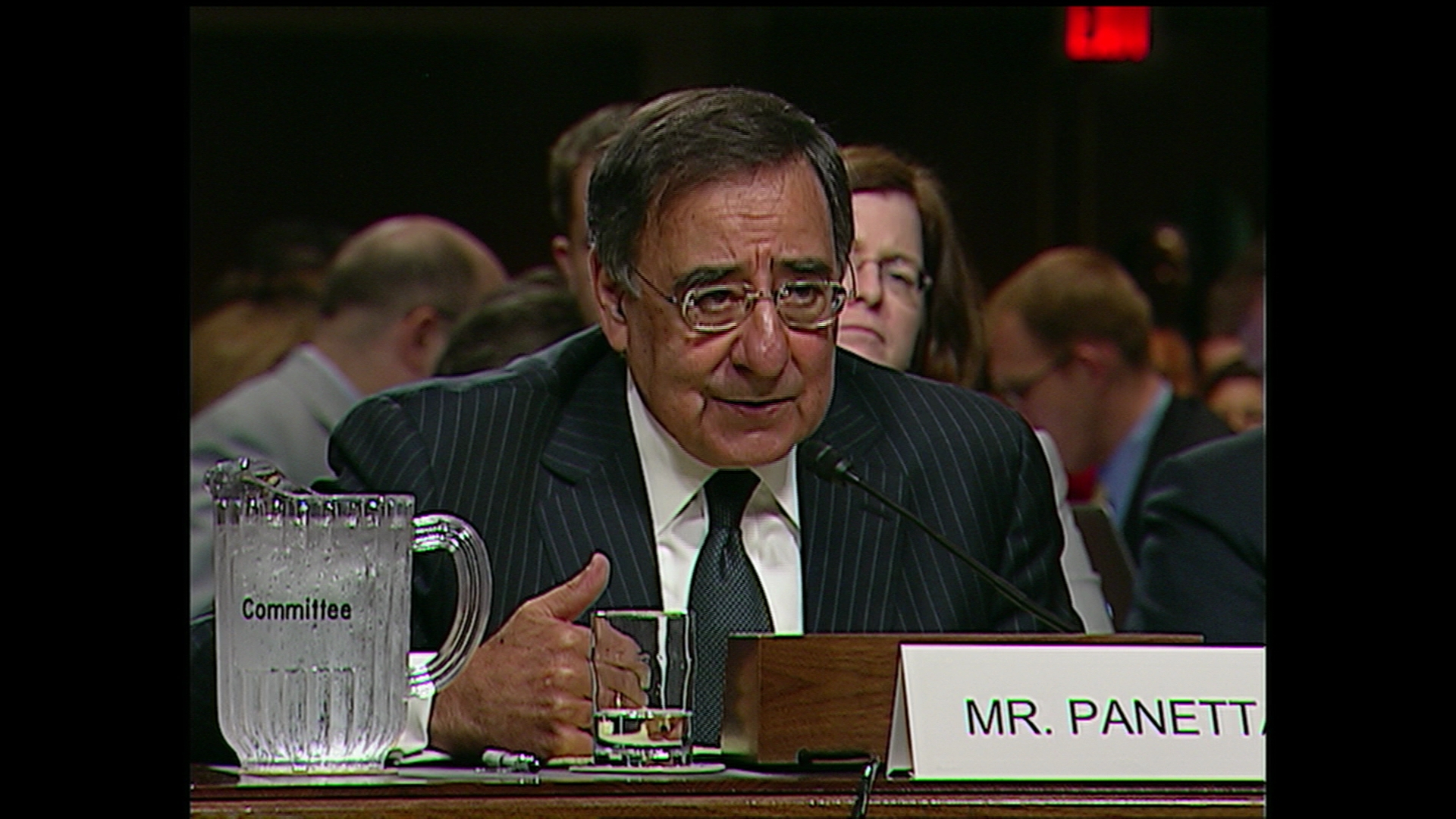 Moment earlier, the two most powerful men on the committee, Chairman Carl Levin (D) Michigan and Ranking Member John McCain, (R) Arizona, joked around about Panetta and his confirmation vote.

“I'm objecting to it,” McCain said with a big smile for the cameras and thejournalists who spend their days questioning lawmakers. “Mr. Panetta, he did such a poor job before the committee a couple days ago. It was terrible!”

Levin butted in, standing shoulder to shoulder. “Let me interpret this, will ya? There will be a vote off the floor and I’m sure Senator McCain will be leading the “aye” vote,” Levin said. “You don’t mind that slight interpretation.”