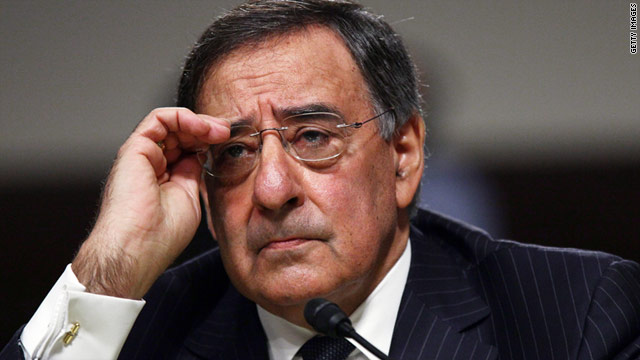 Leon Panetta, poised to jump from two of Washington's toughest jobs, from the CIA to the Pentagon, basked in bi-partisan praise Thursday.

The 72-year old CIA director, tapped by President Obama to be Defense Secretary, is spending his day in his confirmation hearing before the Senate Armed Services Committee, first in a public session and then behind closed doors to allow discussion of national security secrets.

Panetta, who had operational control of the raid on the Osama bin Laden compound and the killing of the al Qaeda leader, called the successful mission the greatest chance since 9/11 to disrupt, dismantle and defeat al Qaeda. But he also warned that global terrorist networks remain what he called "dangerous enemies spread out across the world."

The word of the day was "continuity" with Senators saying Leon Panetta's nomination to succeed Robert Gates as Defense Secretary represented an extension of many current policies.

Panetta said he already has spent hours talking to Gates as well as previous Defense Secretaries.

He called himself "a creature of the Congress," a shorthand acknowledgment that he understood what was expected of him in the formal give and take with Senators and his willingness to consult with them in coming months. Panetta is a former Congressman who served as the House Budget Committee chairman. To reassure Congressional critics of the Obama Administration, Panetta said he sees no need to choose between fiscal discipline and a strong national defense.

The hearing room was packed, with more than 50 journalists sitting at tables and scores of spectators hoping for a glimpse into how Panetta will guide the Pentagon through an uncertain financial future. Dozens of people stood along the side and back walls of the hearing room.

In a questionnaire Panetta filled out for the committee in advance of the hearing - 79-pages with 94 questions - Panetta held his cards close. There were the big questions about the two wars and references to weapons programs and military benefits. He promised to complete the "Comprehensive Review" of 400-billion dollars of proposed cuts to national security spending by the fall – but apart from saying that "a smaller budget means difficult choices," there were no details.

Panetta referred to his immigrant parents in his opening statement, saying he would be governed by a saying from his father, "to be free we must be secure."

As Panetta entered the room, Code Pink protesters pushed forward, calling out, "Mr. Panetta will you pledge to bring our troops home from Afghanistan?" The question hung in the air as Senator Carl Levin rapped his gavel several times. The protesters returned quietly to their front seats and the hearing began.